The history of the new school tattoo style stars since the middle of the 80s. The rave culture got popular in those years. It brought a lot of new ways of drawings which could support the philosophy of this particular crazy and rebellion culture. As a result, a skilled tattooist created amazing artworks wich remained popular and modern till nowadays.

First new school tattoos were simple or even primitive. However, they got splendid, bright and extremely attractive with time. The first one, who started working in this particular genre were Ed Hardy, who raised the popularity of new school style very much and became very popular himself. Later he had even started his own brand. Today, new school tattoos are an inseparable element of the modern subculture.

This genre has several rules and can have some philosophical sense. It is good for open and broad-minded persons. The main task the new school tattoo artist has to reach is to use as much of the fantasy creating abstract images and sometimes a sort of a humour. Such tattoos resemble a graffiti they make on walls. Bright colours and fat lines are mostly used. Th drawings are big and they are easy to be seen from the distance.

Unlike an old school style, this genre has its own sense, trends and plots. The usage of images of a different comic book, movie and cartoon characters are common for the style. Other popular images are cruxes, hearts, skulls, faces, women, angels, fire, flowers etc.

It is also worth mentioning that this style has its own deep symbolism. That’s why among new school tattoos you will get along a lot of mystical societies symbols.
Another peculiar feature of the style is forming the tattoo design basing on the ink-free areas of a tattoo idea. Such empty areas can be rather huge and have their own special meanings. Absolutely different colors can be used, they just have to exaggerate a general bright look of a tattoo design. 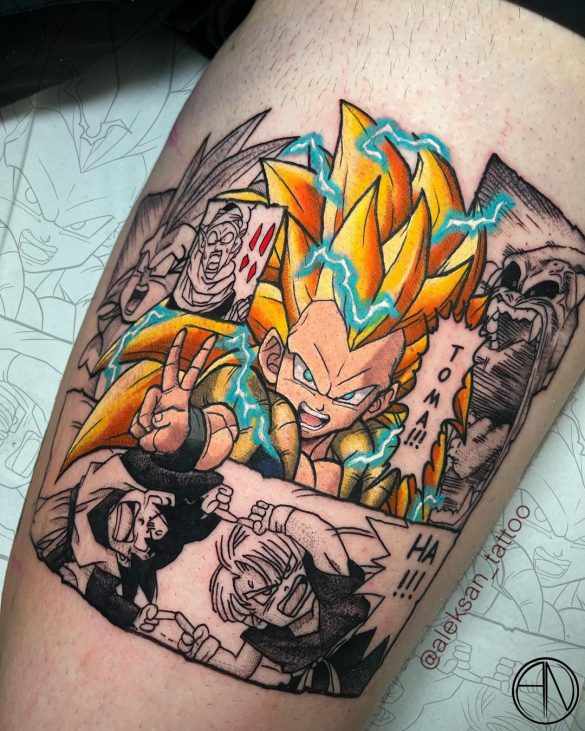 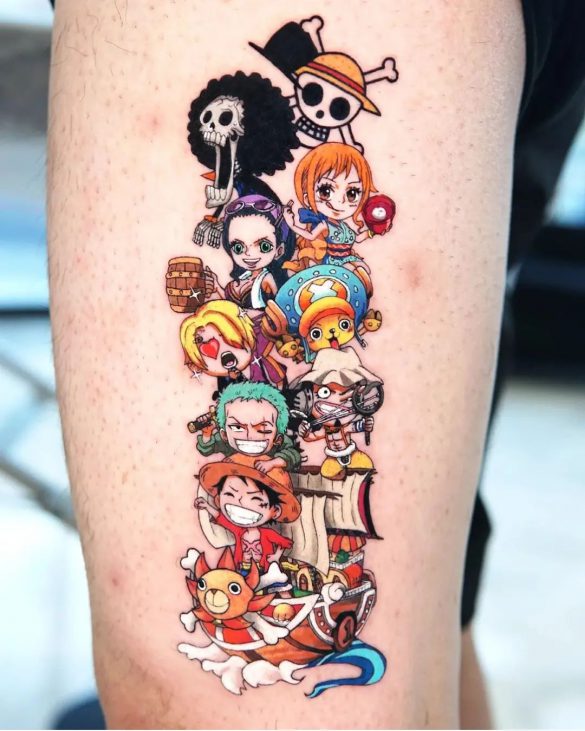 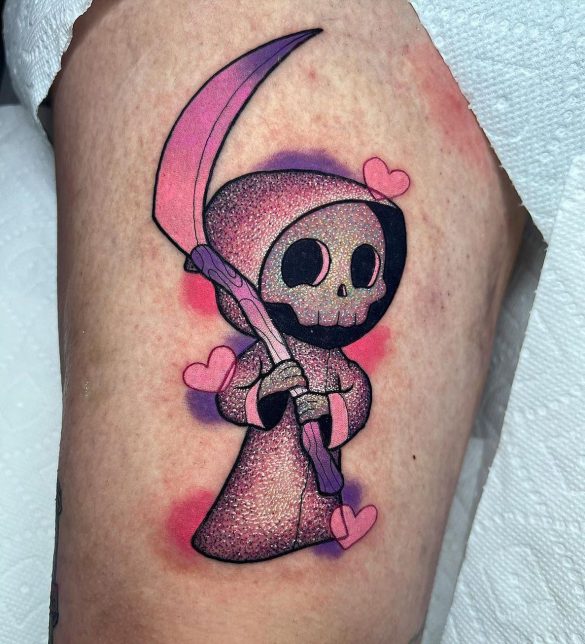 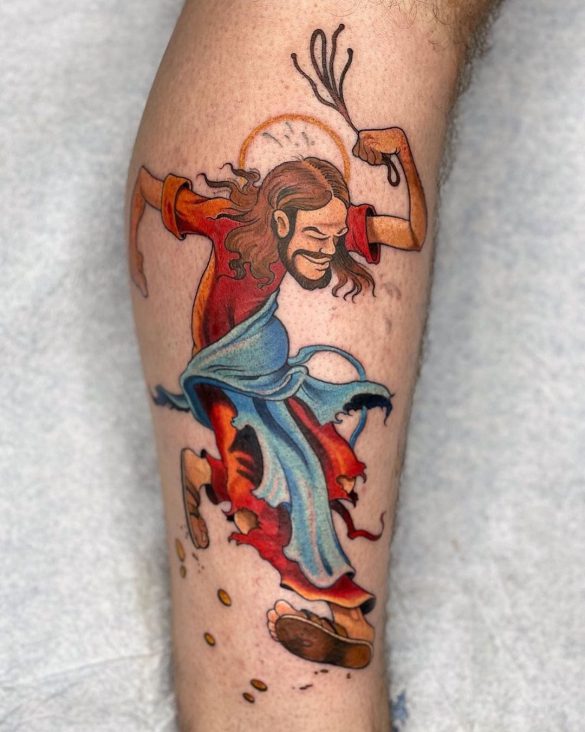 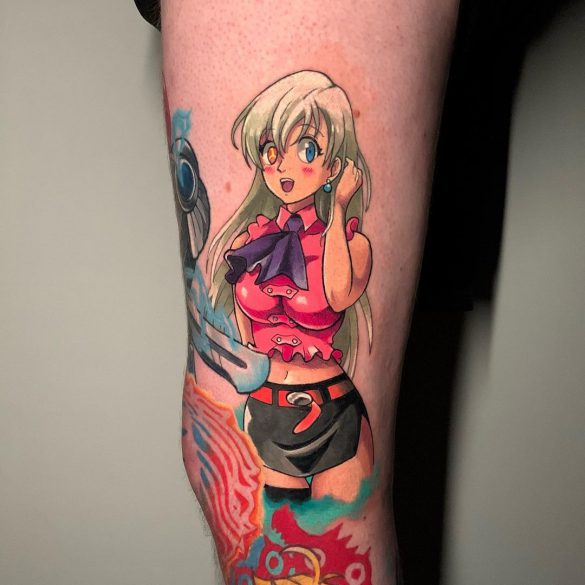 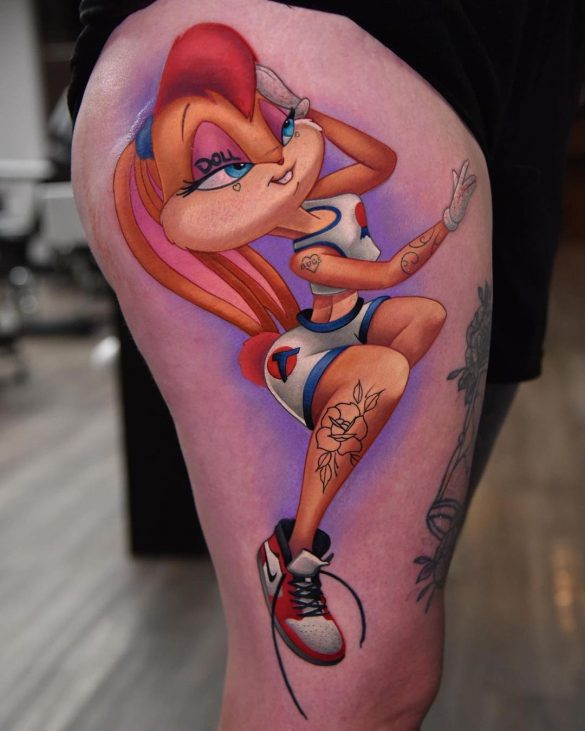 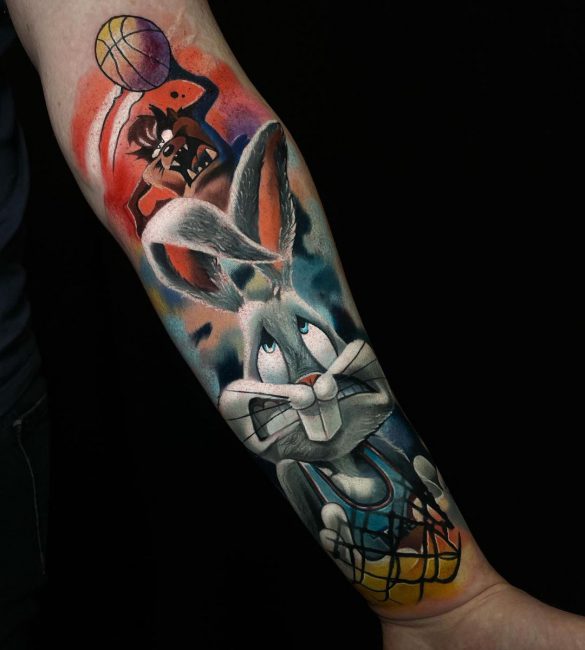 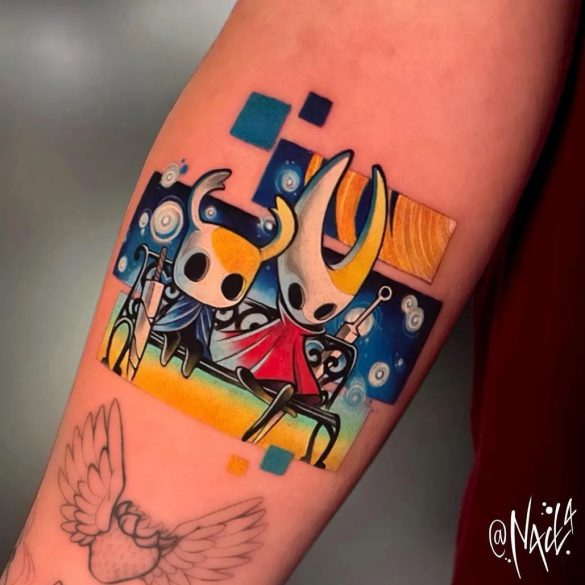 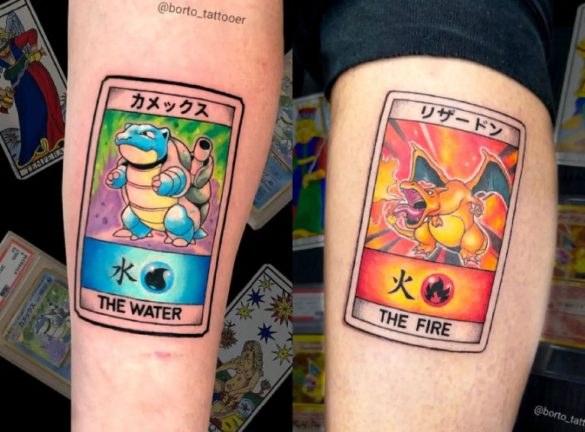 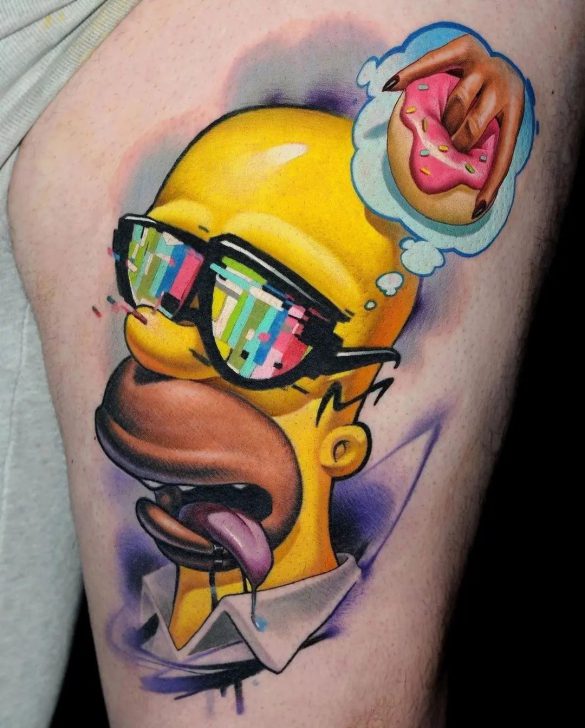 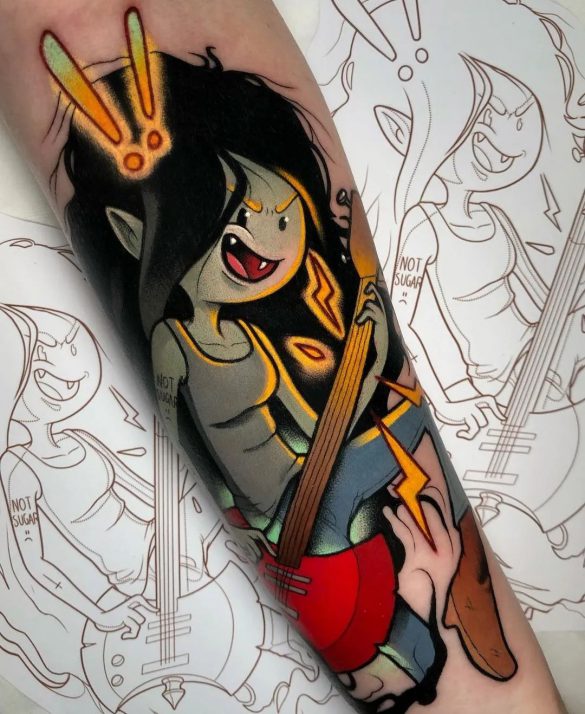 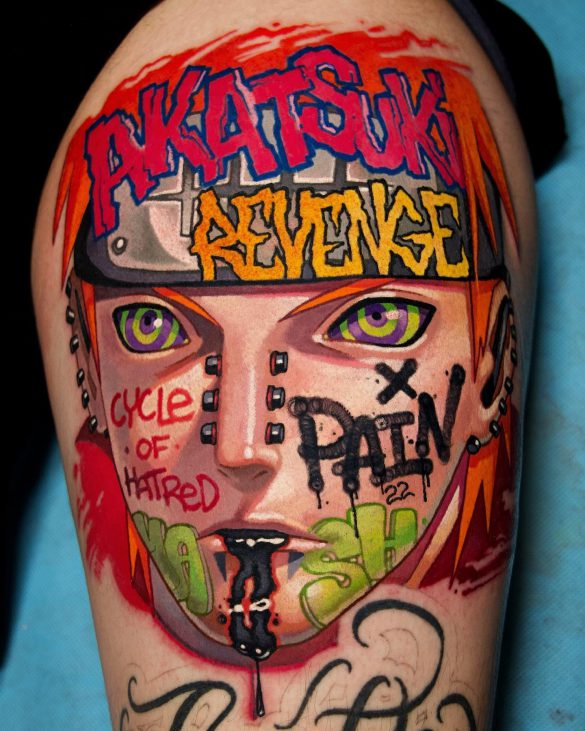 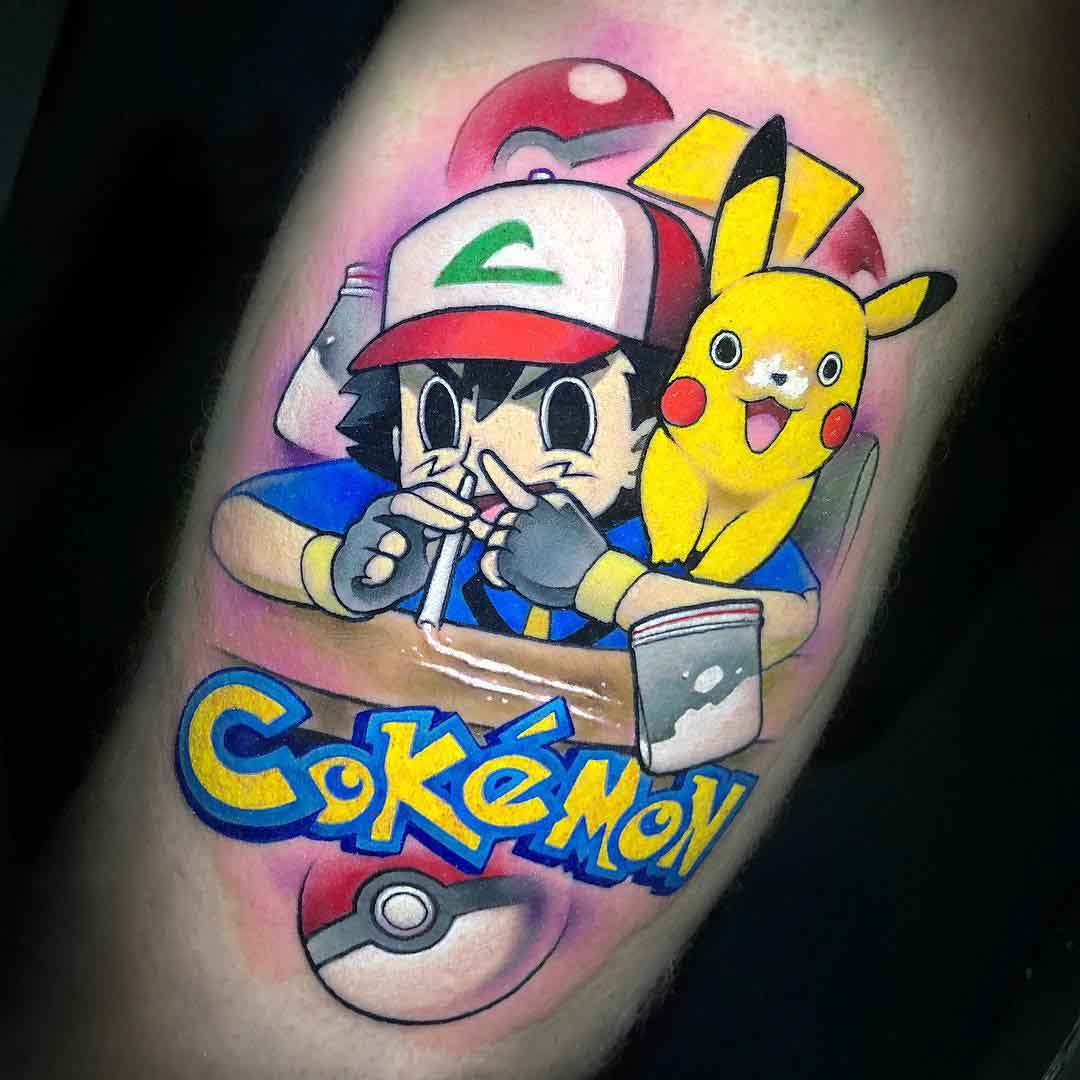 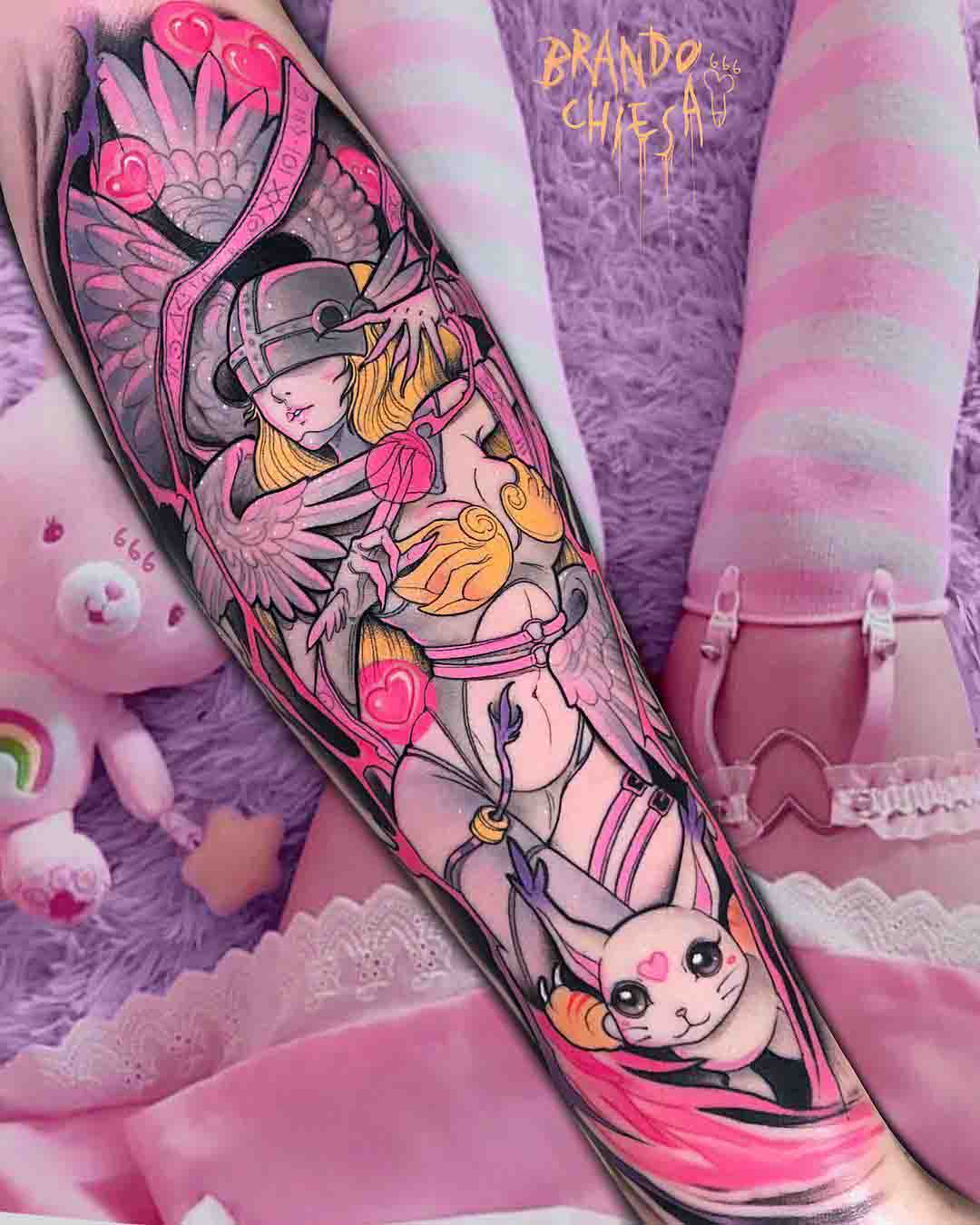 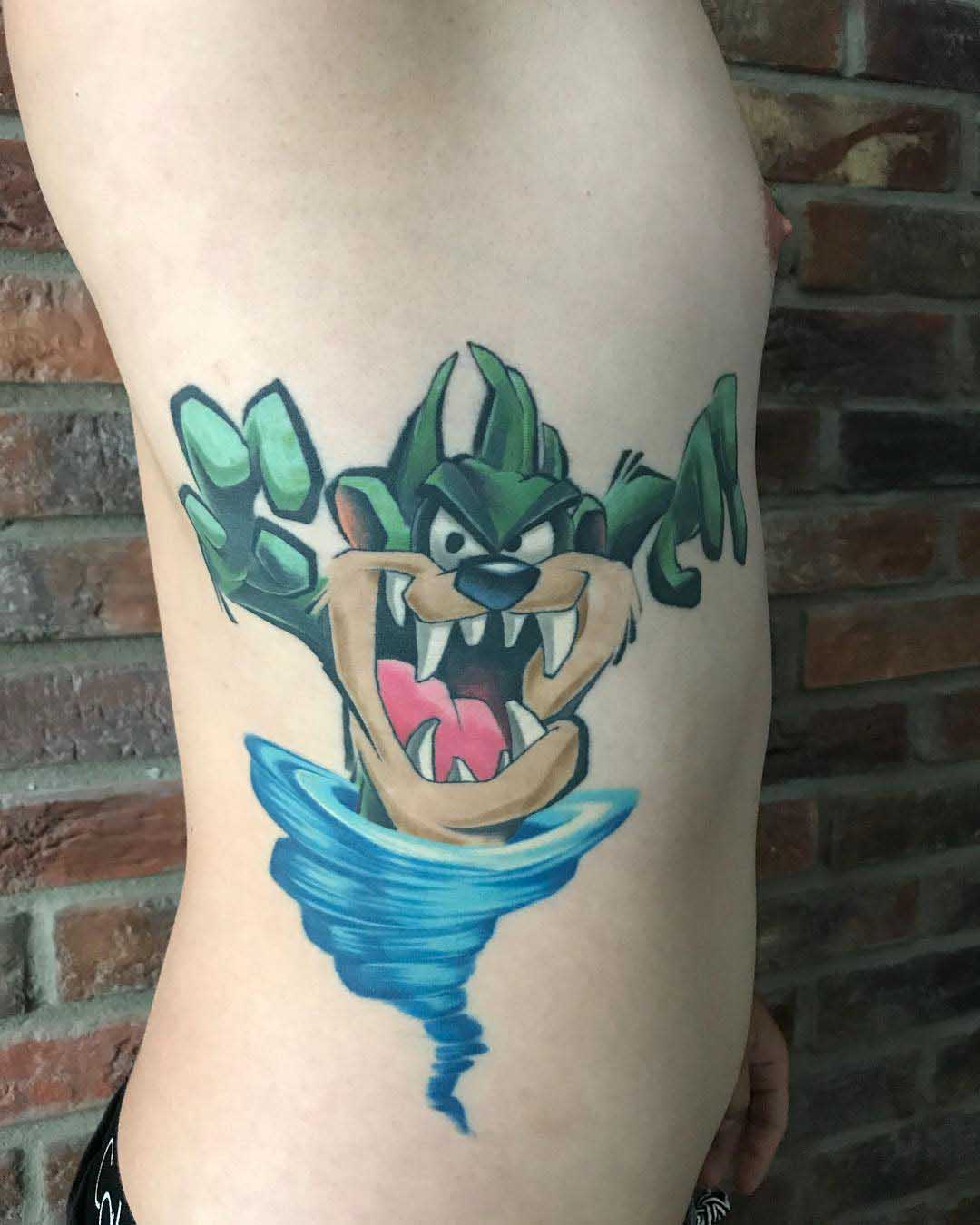 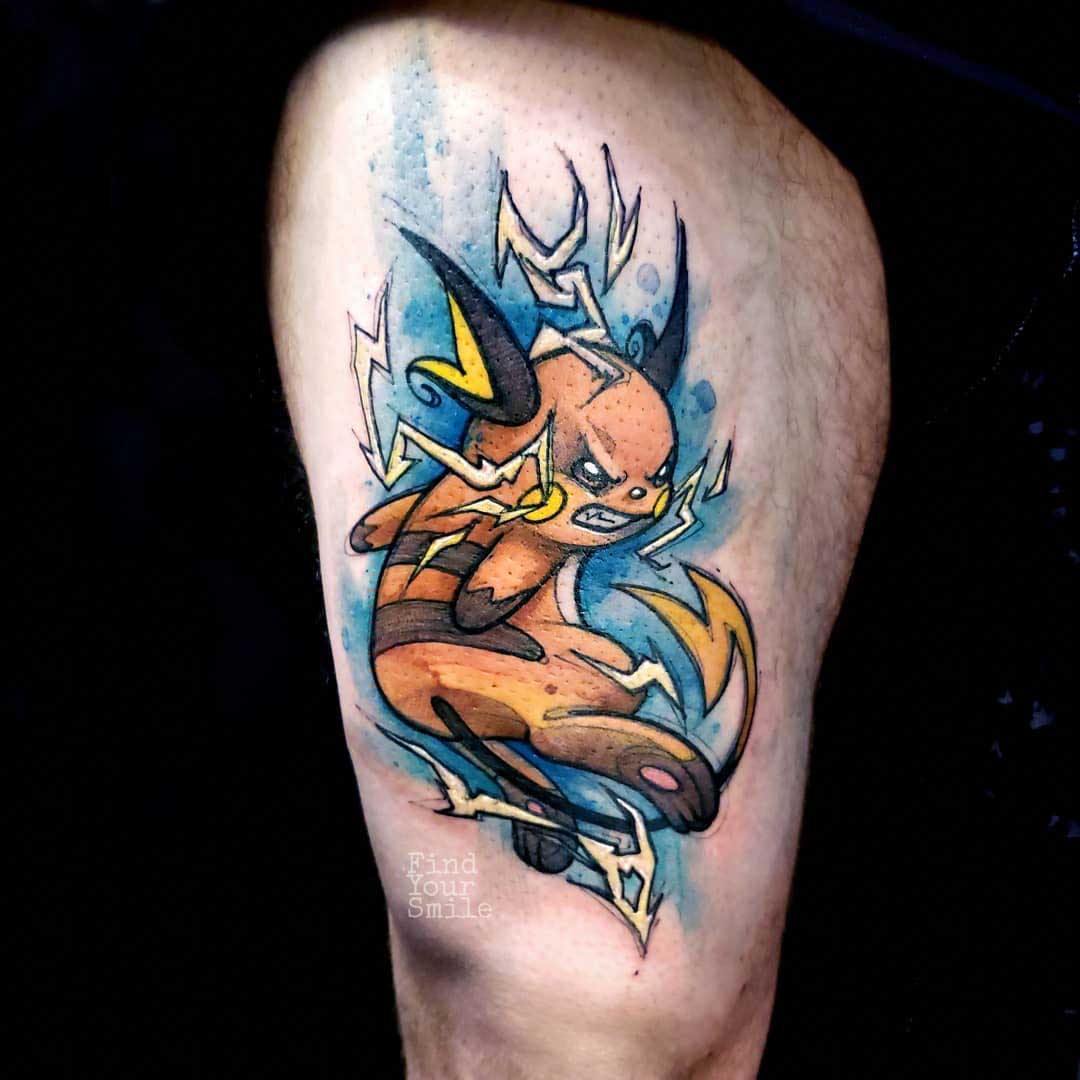 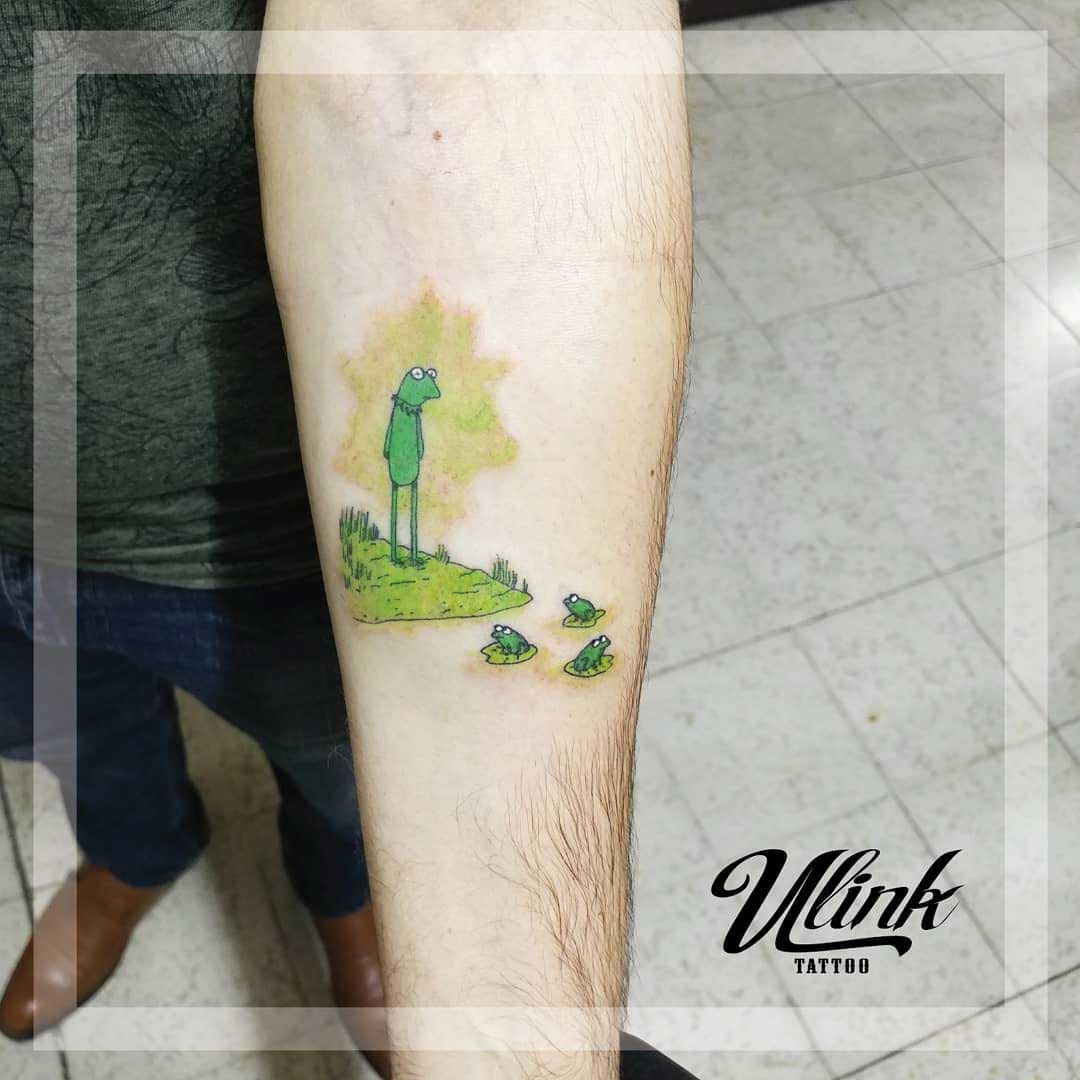 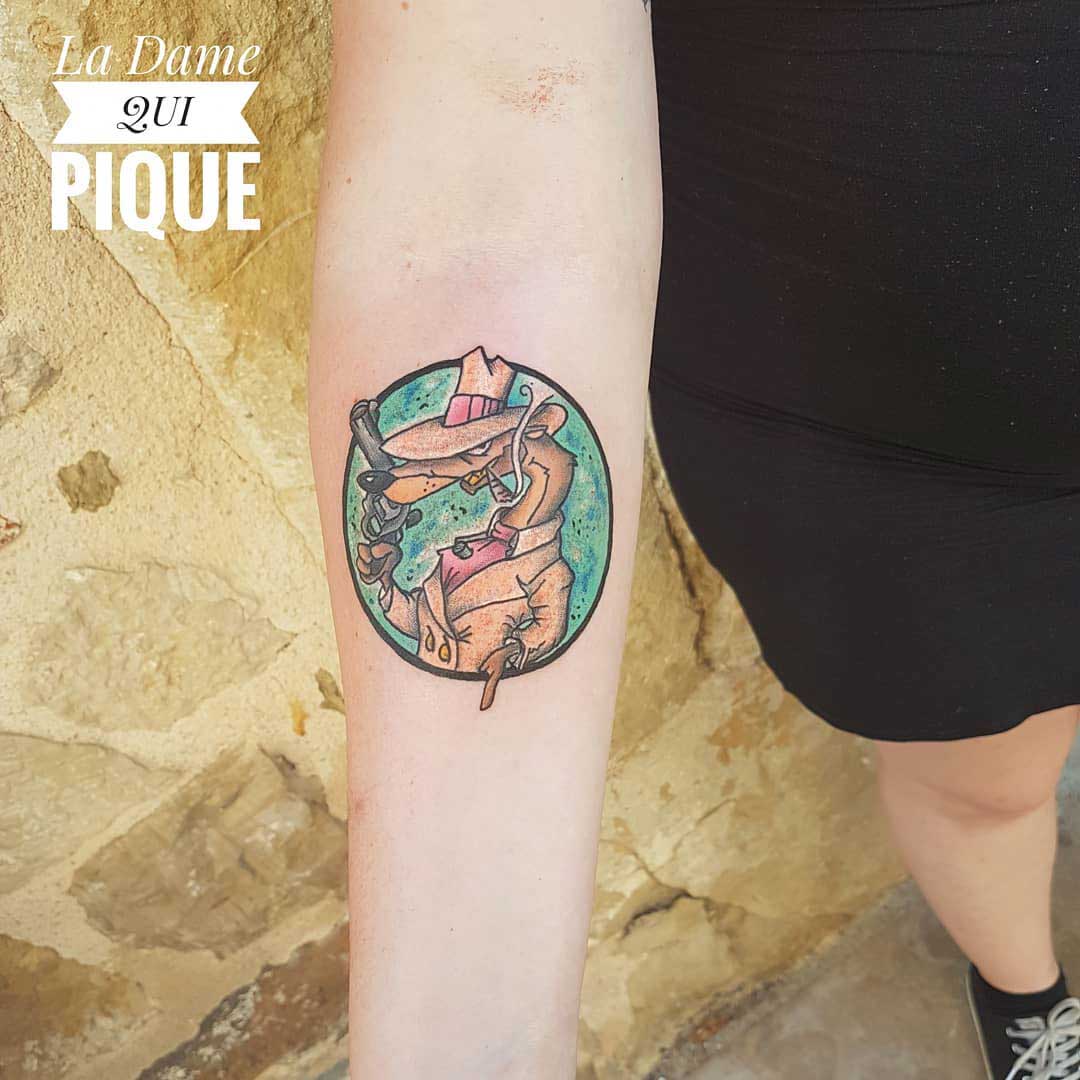