This was a desire to connect two people with invisible bonds which gave birth to a very interesting branch of a body art as couple tattoos.

The Symbology
It is interesting. If you google on this topic you will find that there are a lot of celebrity couple tattoos claiming about the romantic relationships with creative drawings. Britney Spears and Kevin Federline chose dice for their tats, Katy Perry And Russell Brand had made identical letterings for all their fans to enjoy and Chris Braun and Rihana have stars on their necks. The peculiar thing is that all these couples broke up later.

Tattoos for couple is a very brave step, it can give a partner a confidence that your feelings are equally strong and make your beloved sure in your relationships. The symbology of such tattoos is determined completely and only by their owners.

The main feature which should be taken into consideration is the fact that complete that the meaningful essence of such tattoos becomes clear only when you bring them together. The whole concept should look like two people are sharing one tattoo even if they look as a complete drawing alone.

These body drawings should are not meant to be treated with a traditional interpretation of symbols, they are rather like individual protective pendants granting their owners luck and well-being. At the same time, there is an obvious desire in such couple talismans or charms to draw their energy together, to start a bond with another person and become capable of feeling each other much more delicately.

One of the greatest ways to prove your love is to make a couple tattoo with your beloved.

This had been a trend for a long time already. It had already appeared probably at the very foundation of tattoo art. In ancient time, people wrote their beloveds’ names on their body to prove that the feeling they have will last forever. It was nearly impossible in the old times to remove a tattoo without involving into the process some fire, hot metal, or sharp knives and swords. So, people had to think well before taking this step.

Nowadays it’s much easier to remove tattoo, but still it is rather painful.

However, modern tattoo artists and techniques have brought couple tattoos to the new level. Couple tattoos are pure masterpieces. They can be made in different tattoo styles and depict different objects, lettering is used as well. But the most peculiar are those, which aren’t really a tattoo until a couple is together. They complete each other as beloved ones and as soon as they break up, the tattoo will never look complete because it’s only a half of it.

Most couples which made tattoo for them stay together longer than couples which didn’t. That’s statistics. But, in any case, it makes the union stronger.
… 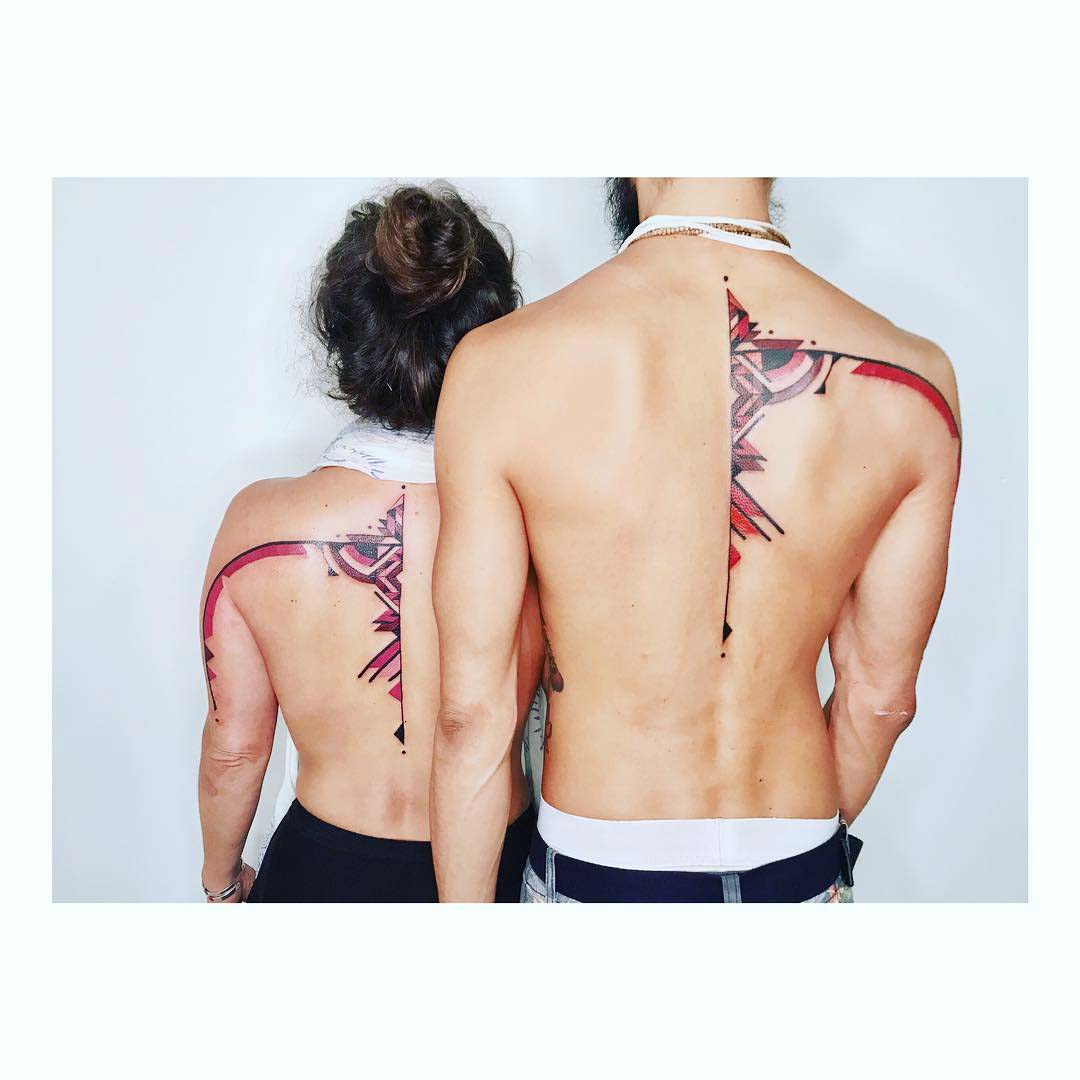 Ornament Couple Tattoos on Back 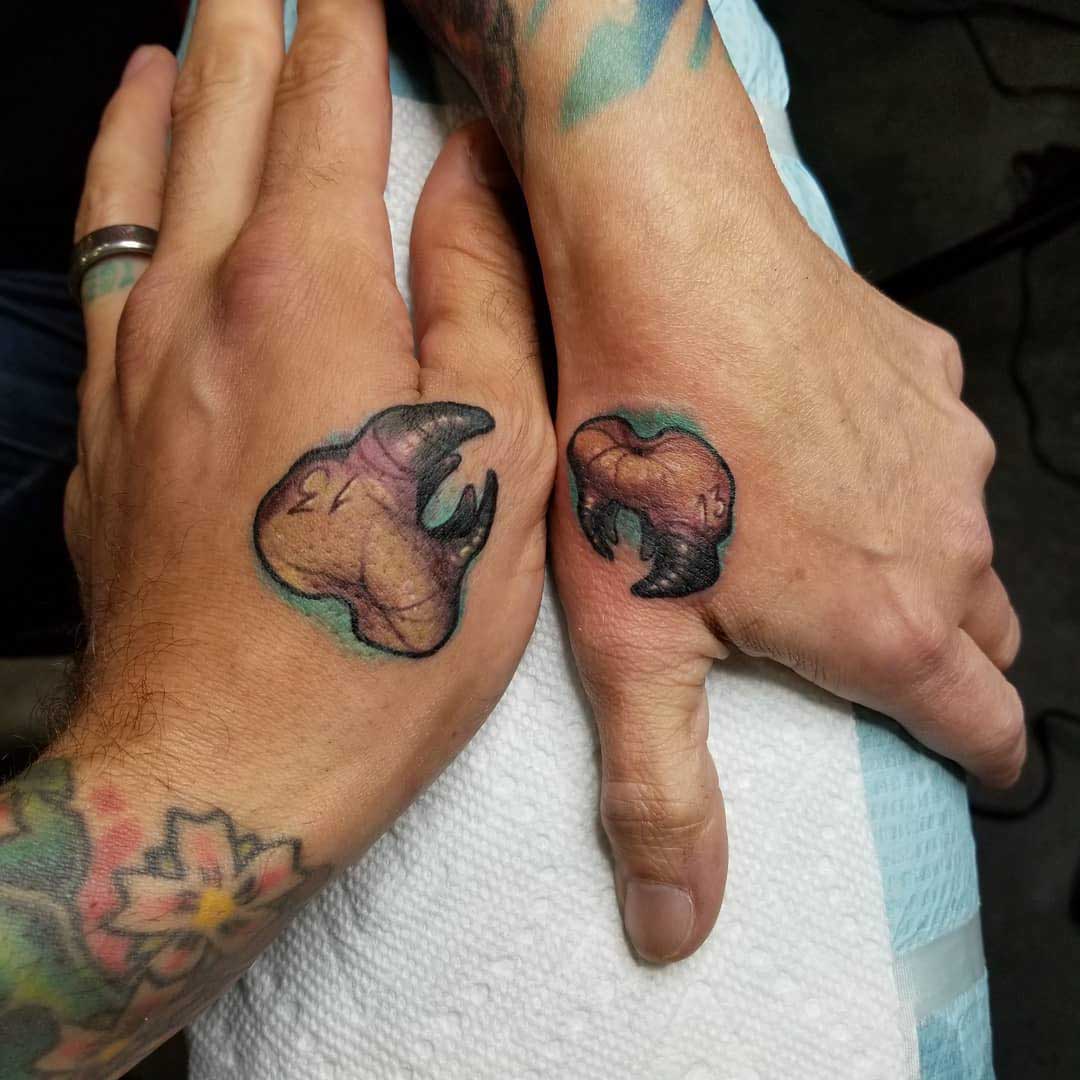 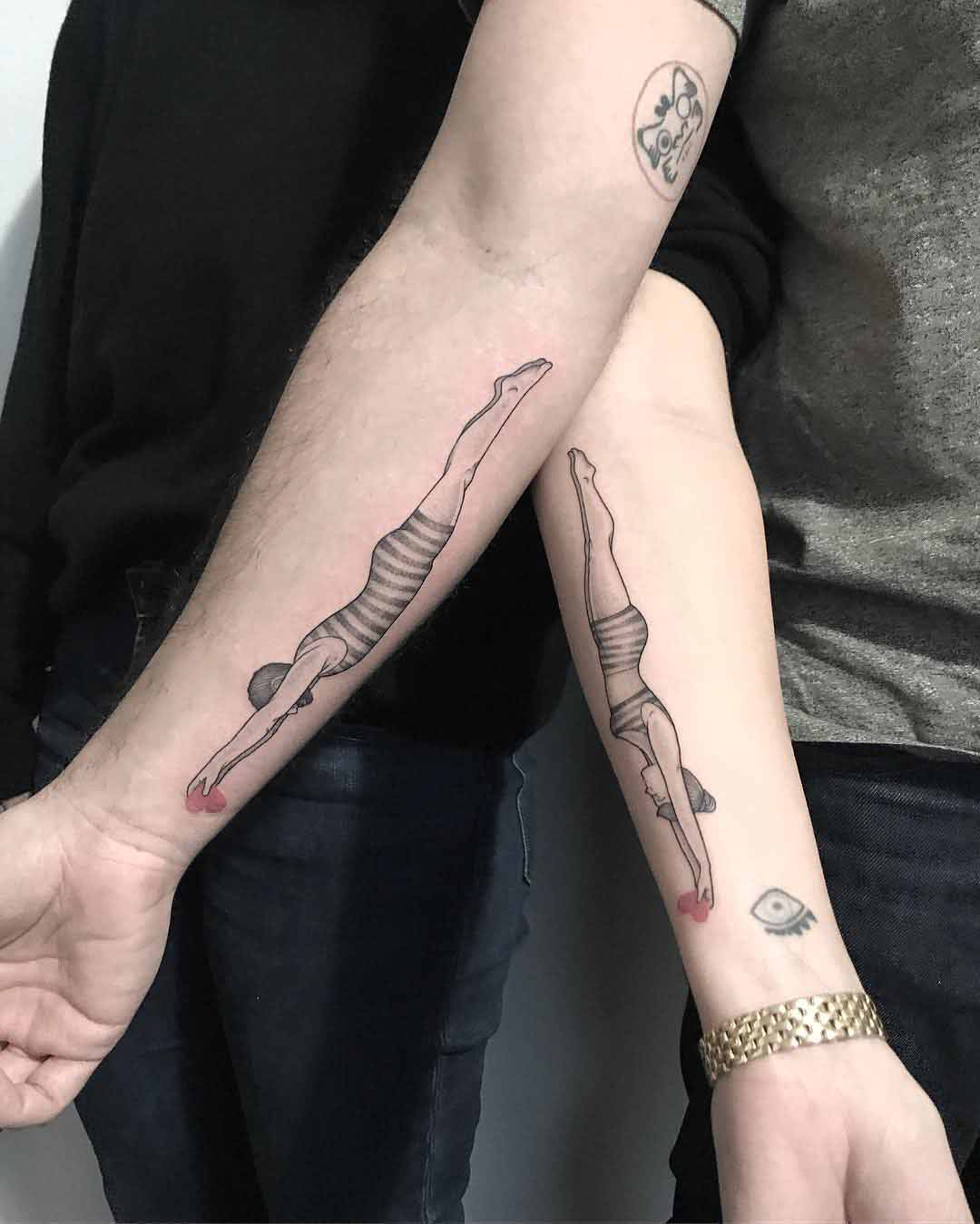 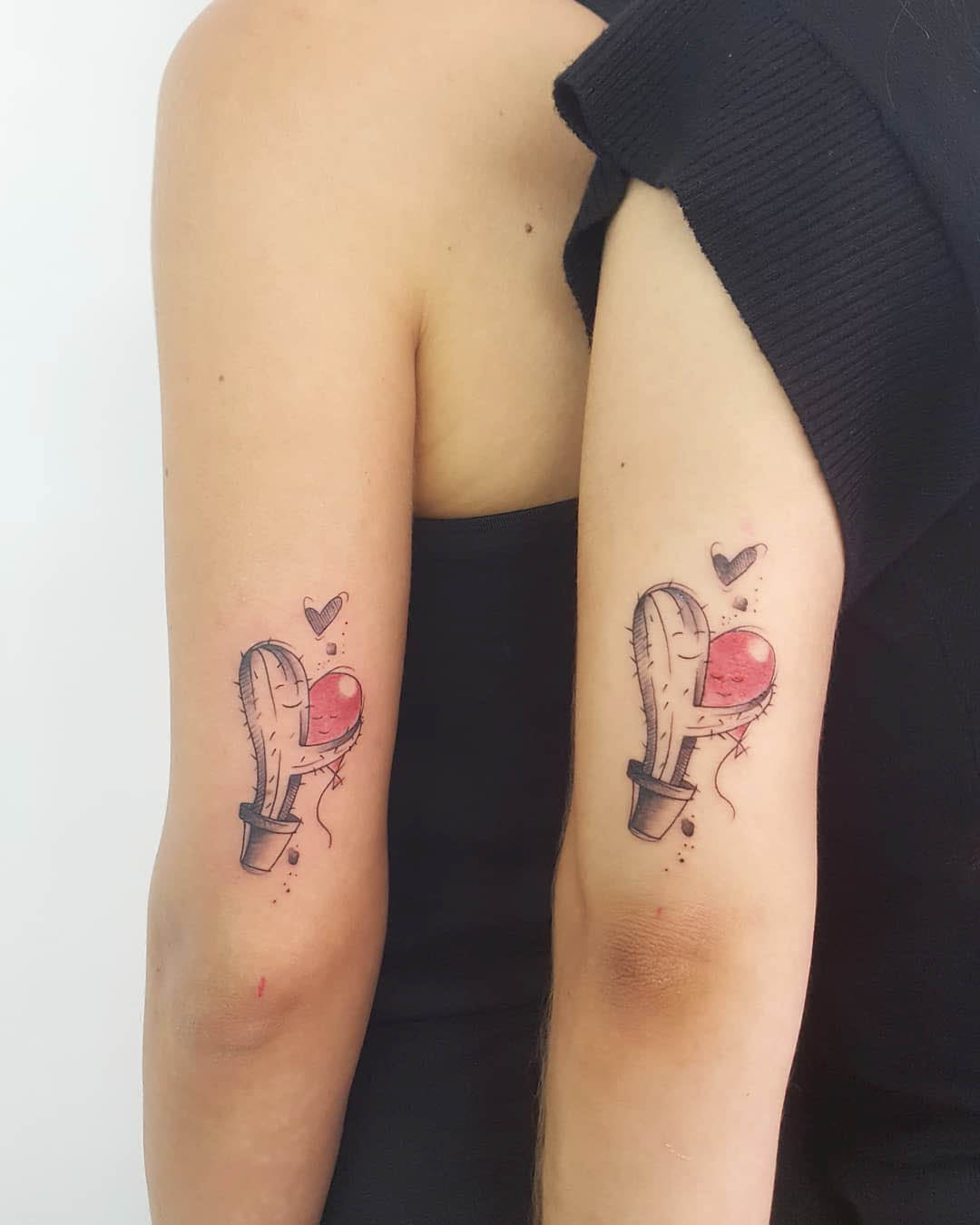 Universe and Development Tattoos for Couple 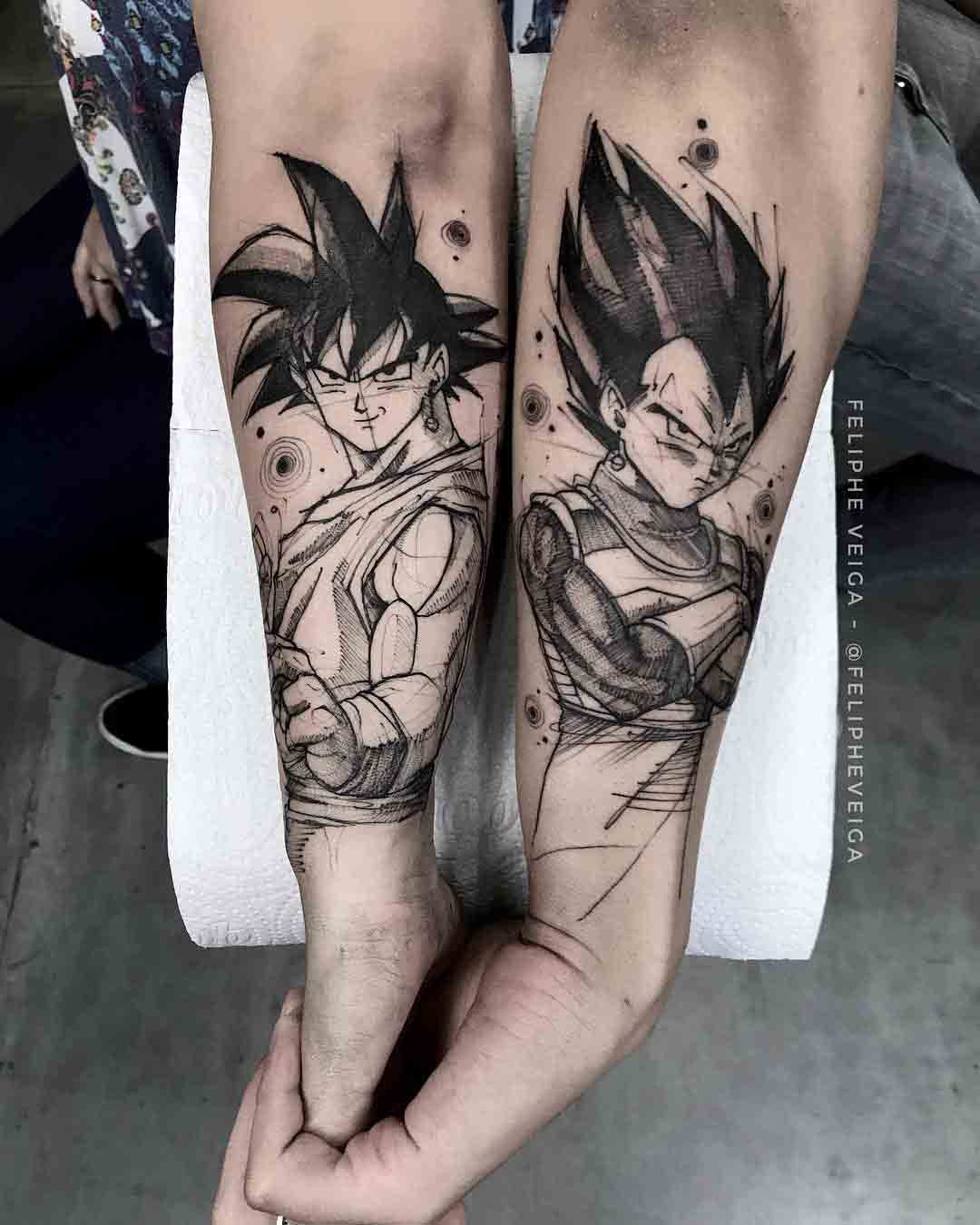 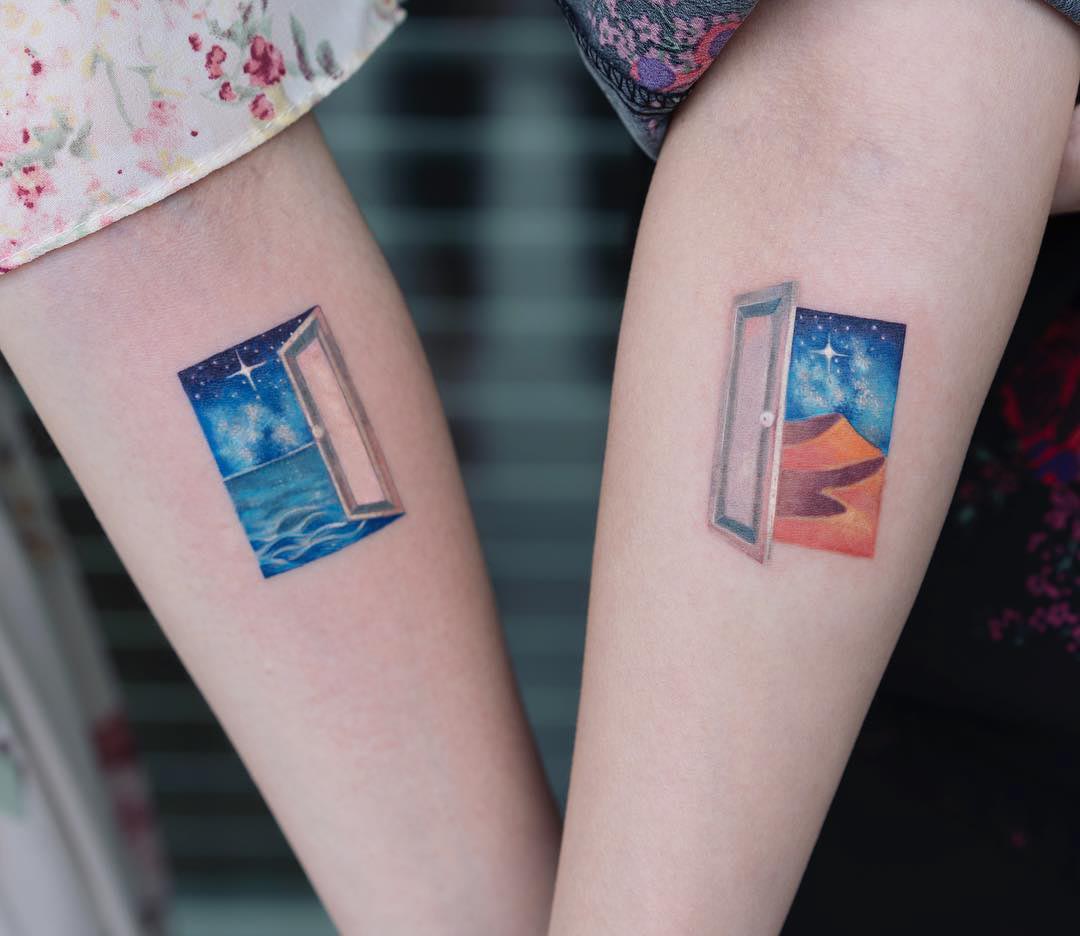 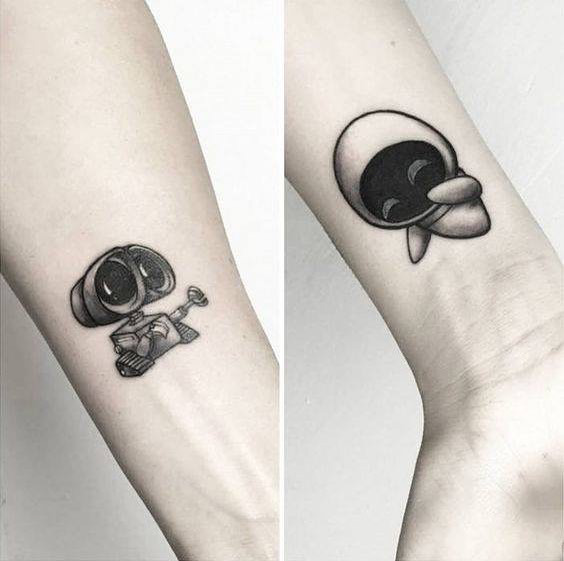 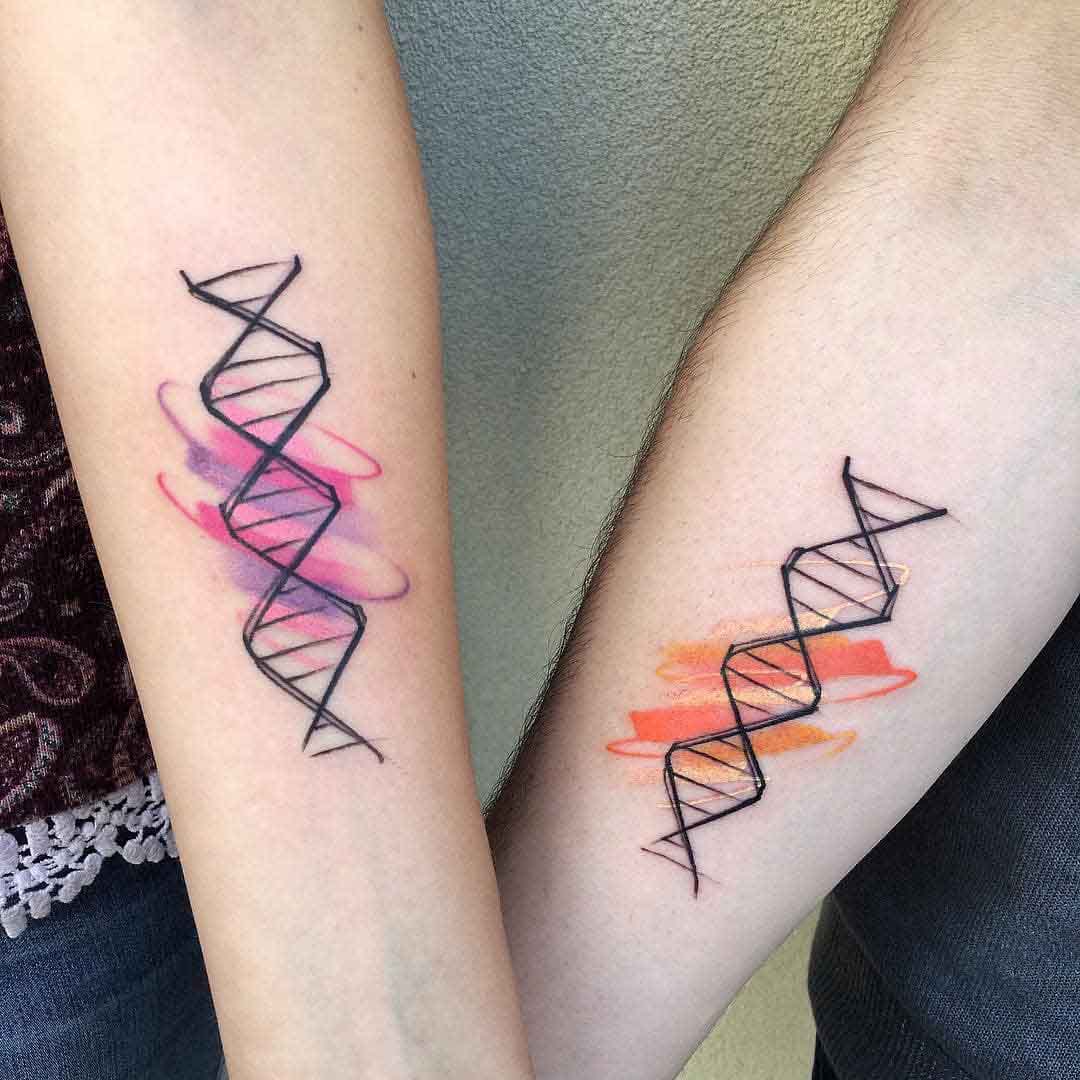 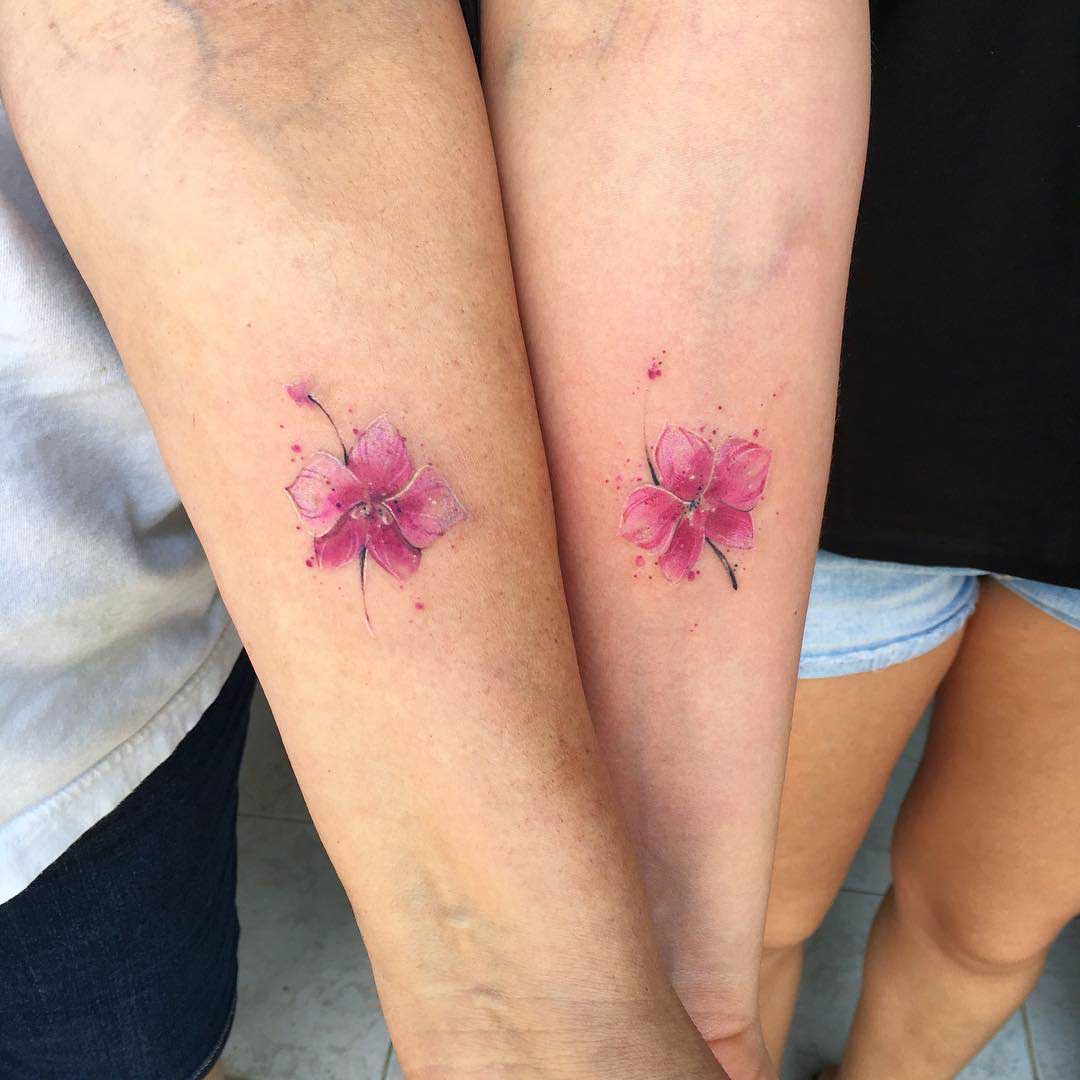 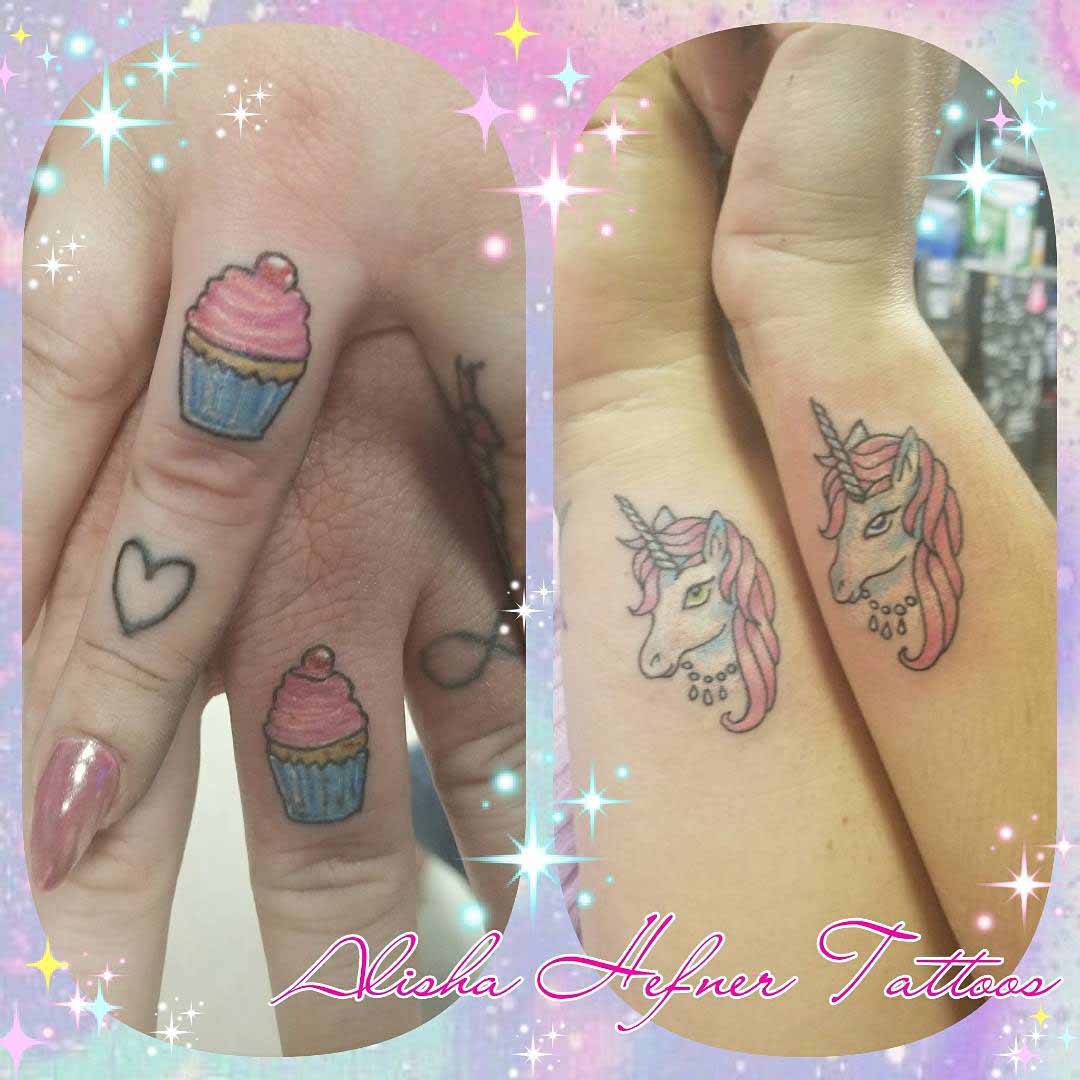 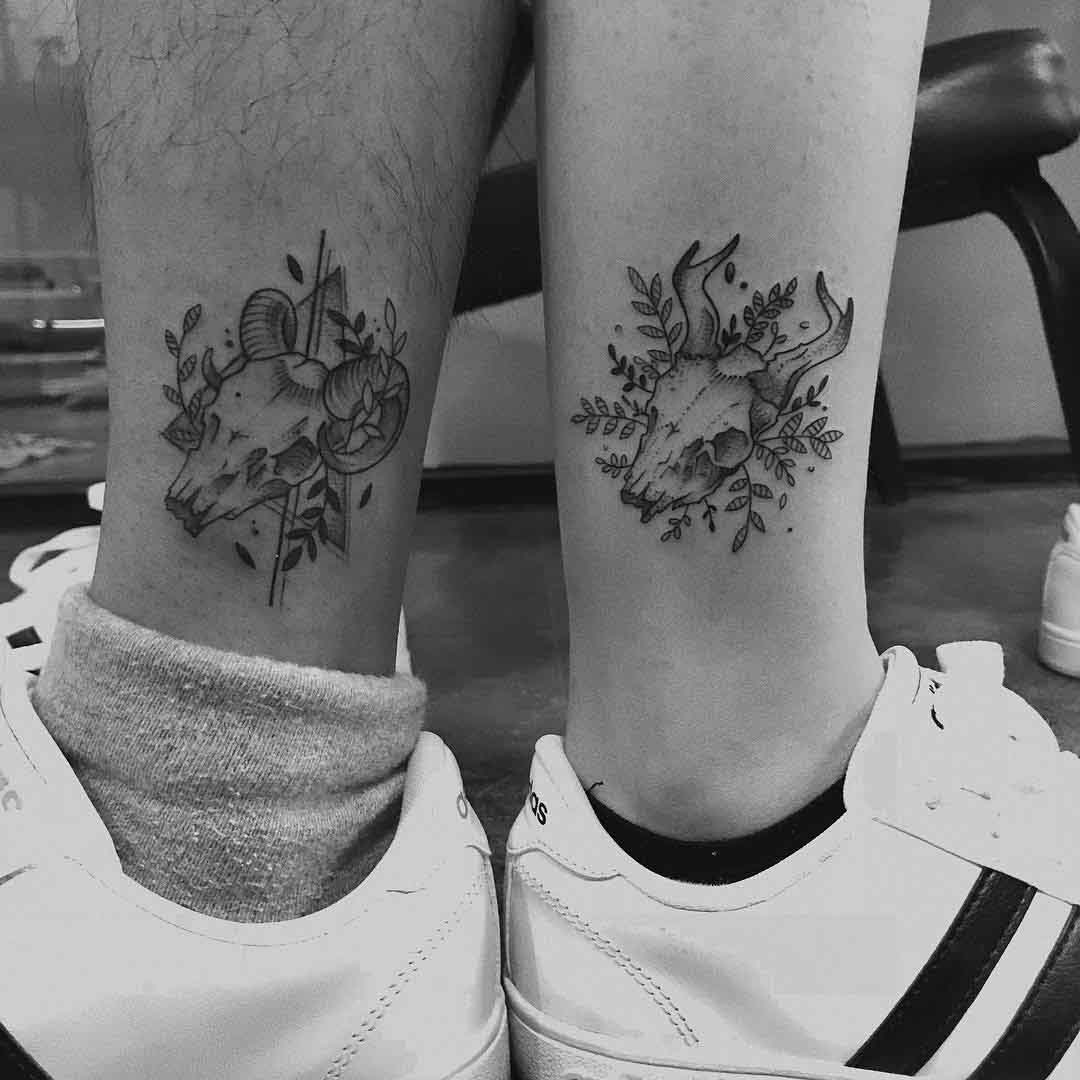 Skull Tattoos on Ankles for Couples 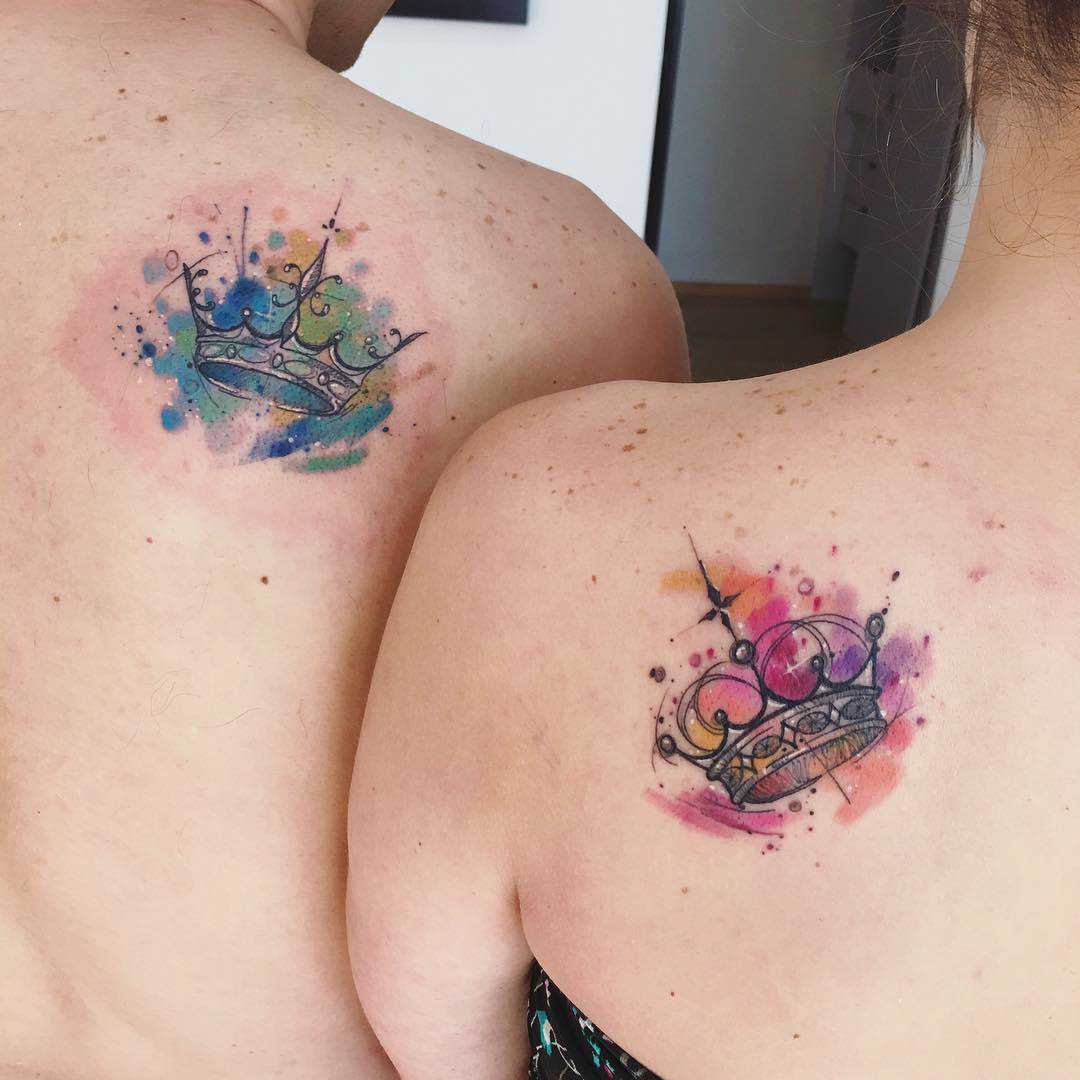 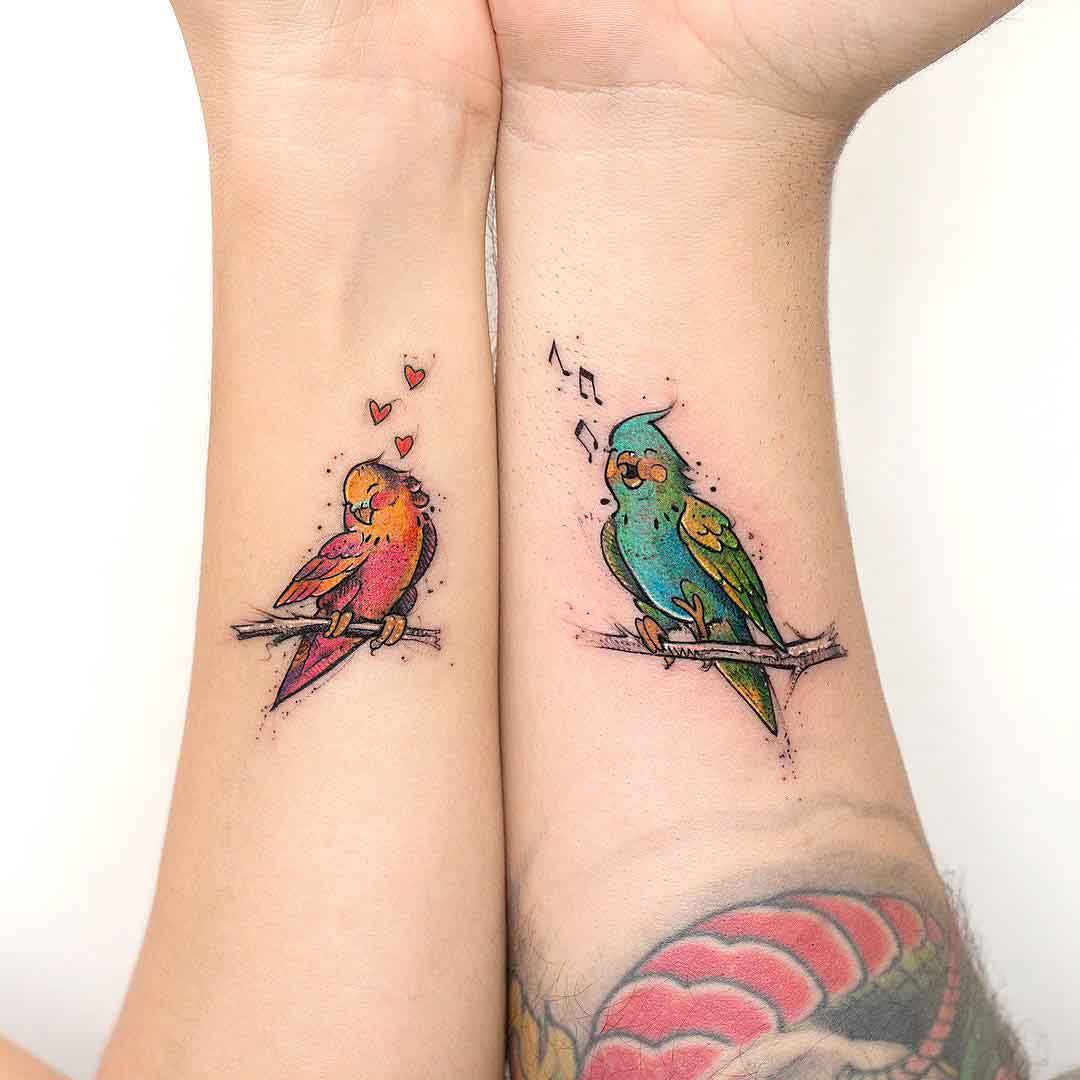 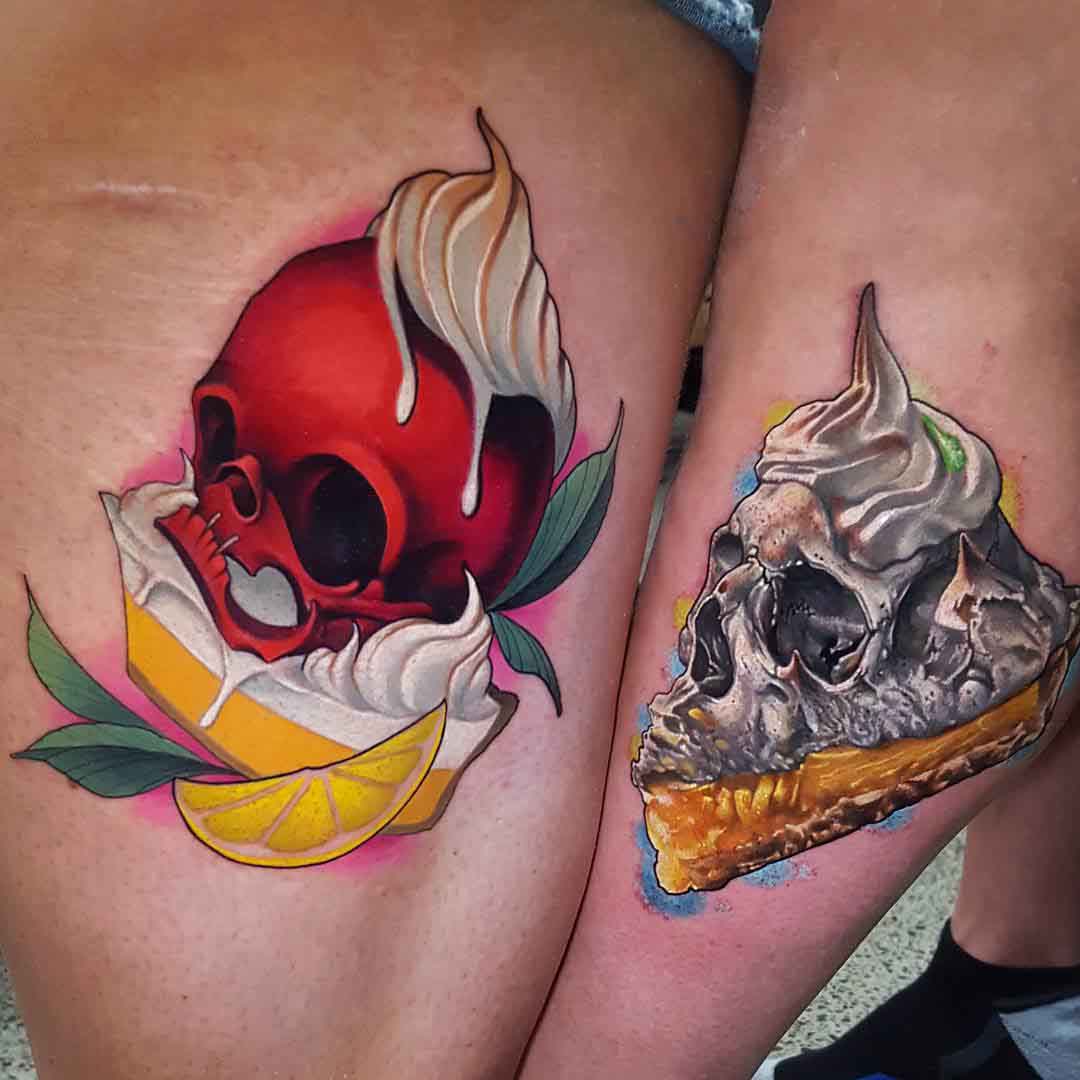 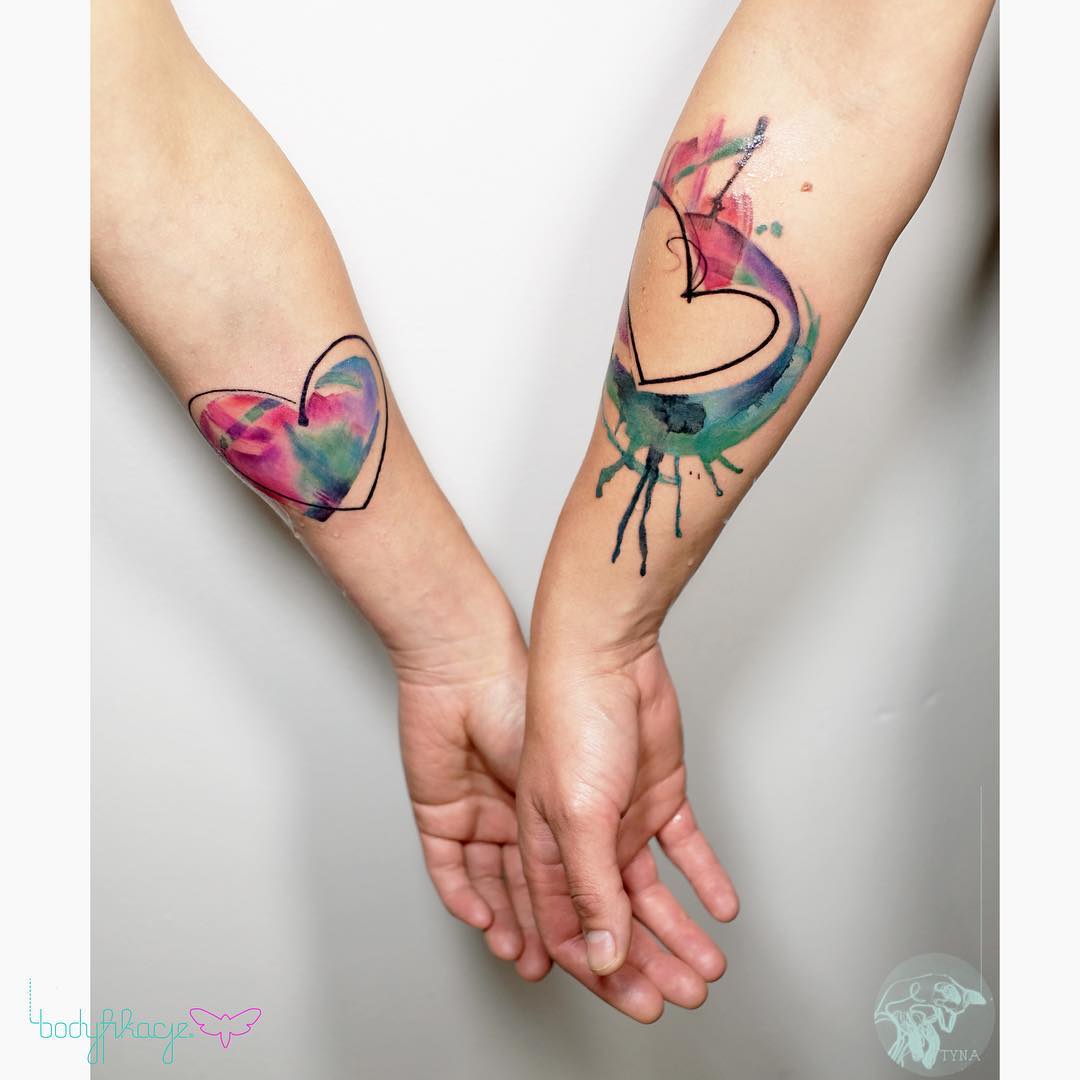 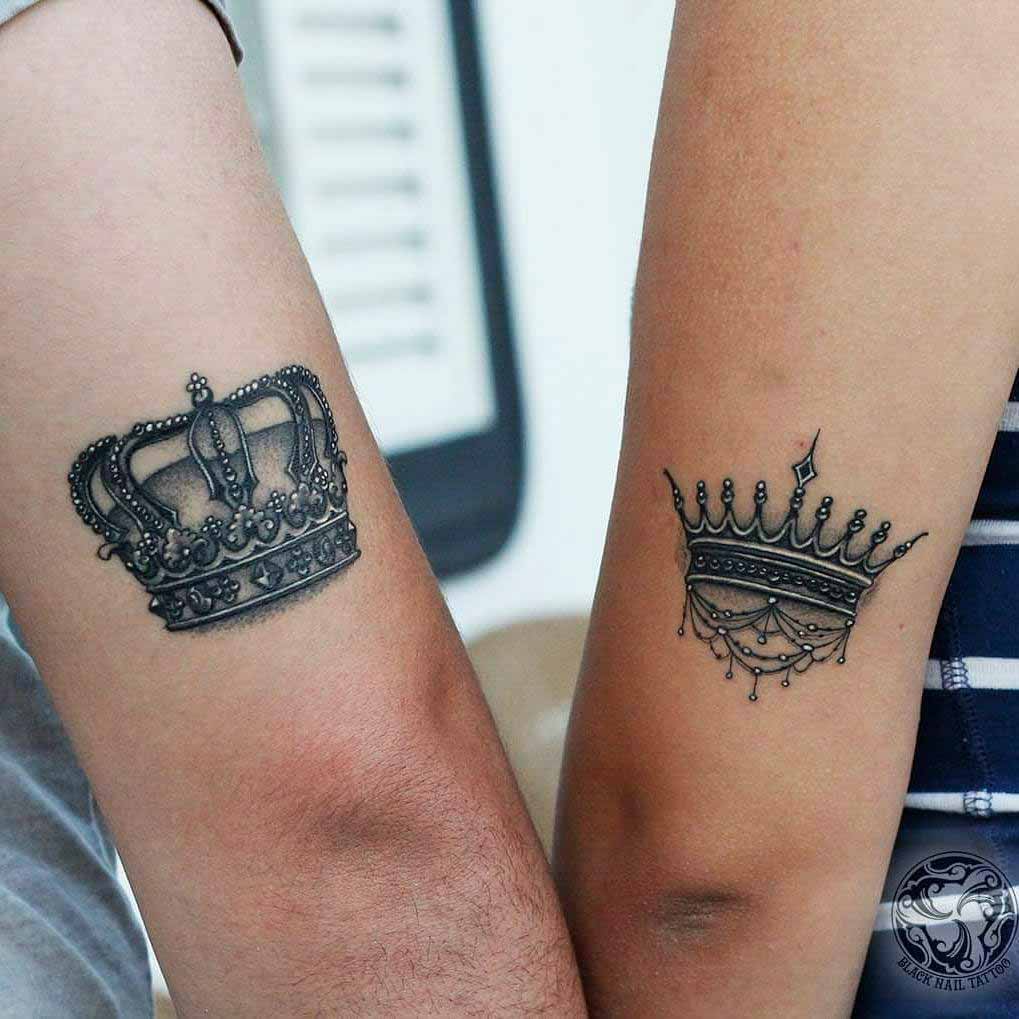 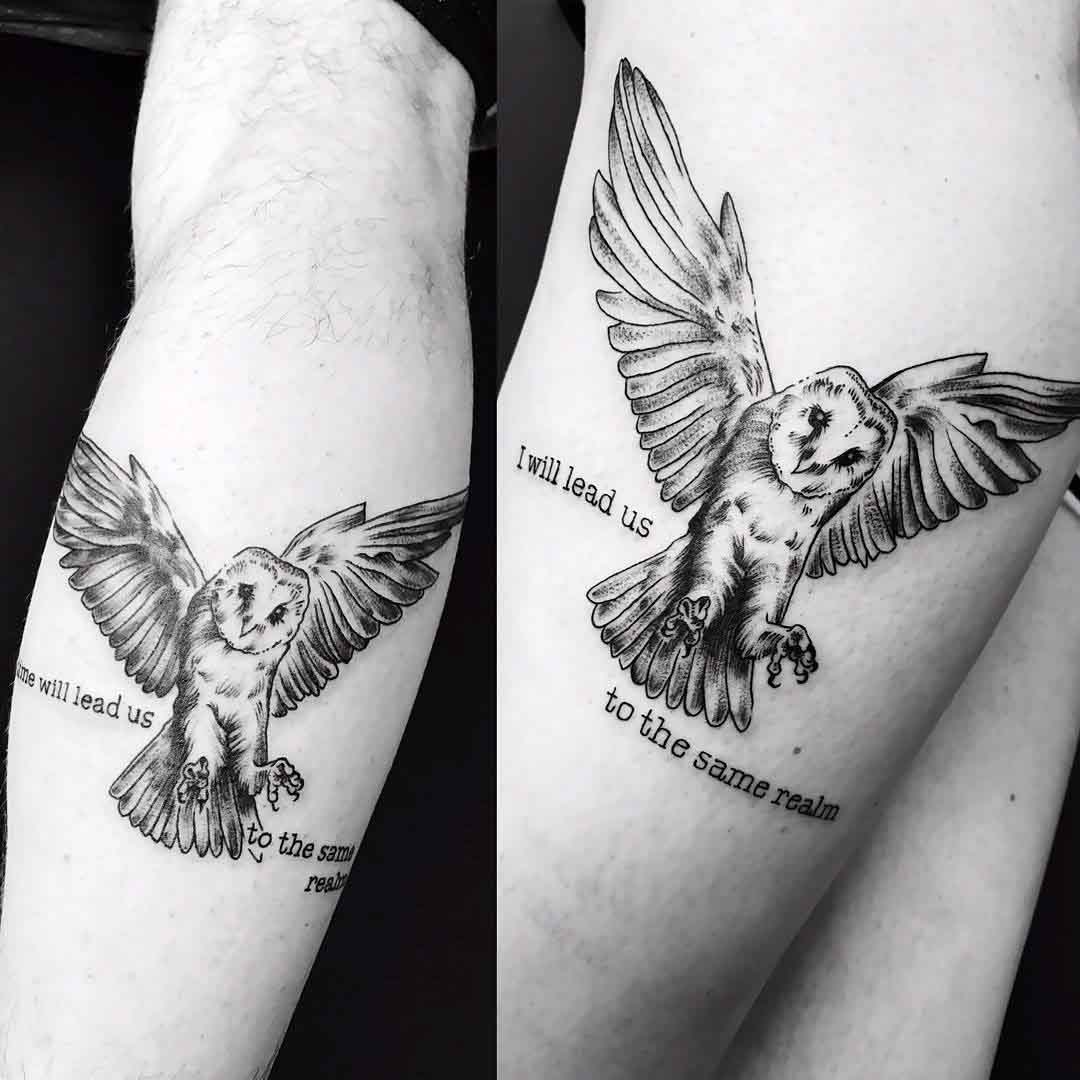