Bear tattoo is one of the most popular nowadays. A lot of people choose different kinds of this animal in all possible variants of its depiction: brown bear, polar bear, panda, grizzly bear. Tattooists often try to show as many details of the animal in their drawings as possible, that’s why it is a common practice to use realistic techniques for bear tattoo designs.

Different nations and civilizations were used to give different special meaning to the symbol of this strong and powerful animal. In Ancient Greece and Rome, a bear used to be a loyal companion of the hunter Goddess Artemis. According to Ancient Celts, a bear was a symbol of a female, woman and stood for the fertility, keeping save a household hearth and a continuation of a family name and legacy. In China, on the contrary, this animal is associated only with a pure masculine strength and power. Japanese people treat bears as an embodiment of wisdom, justice, patience, and charity.
North American Indian people, used to give an enormous undefeatable strength and power, fearlessness and even believed that bears are able to fight and overcome with a victory all possible cataclysms. In ancient Scandinavia , a bear used to be an embodiment of remarkable fierceness in battle, fulfilling rage and aggression, and one of the possible embodiments of the God Odin and Thor, the God of war.

Christian community associates a bear with dark forces and empowers this animal with such traits as cruelty, vengeance, and greed. In some examples of the Western European artworks, a bear could be found as a symbol of the gluttony – one of the seven deadly sins.
In the Ancient Egypt and India, bear tattoos were made only for rulers of the higher caste – pharaohs and rajas, which was aimed to stand for their flawlessness, absolute and unarguable power. It was strictly forbidden for common citizens to make such tattoos.
In Russia, a bear appears to be a national symbol for years, decades or even centuries. Grinned bear face tattoo designs stand for the masculine honor and bravery, strong willpower and fearlessness. Bear paw tattoo would stand for strengths and power, and bear claw print – a nobility and military valor.

The meaning of bear tattoos depends on the way it is depicted on the body of the tattoo owner. Angry, fierce, outrageous animal would symbolize strength, power, bravery, glory, being prepared to protect oneself and others. The kind bear tattoo would mean a wisdom, self-assurance, peace, and harmony. A she-bear stands for fertility, the love of a mother and charity.
For those who are strong, for people who are aimed to claim that it’s a bad idea to mess with them there are bear tattoos. However, we have also some cool and funny bears in this collection. 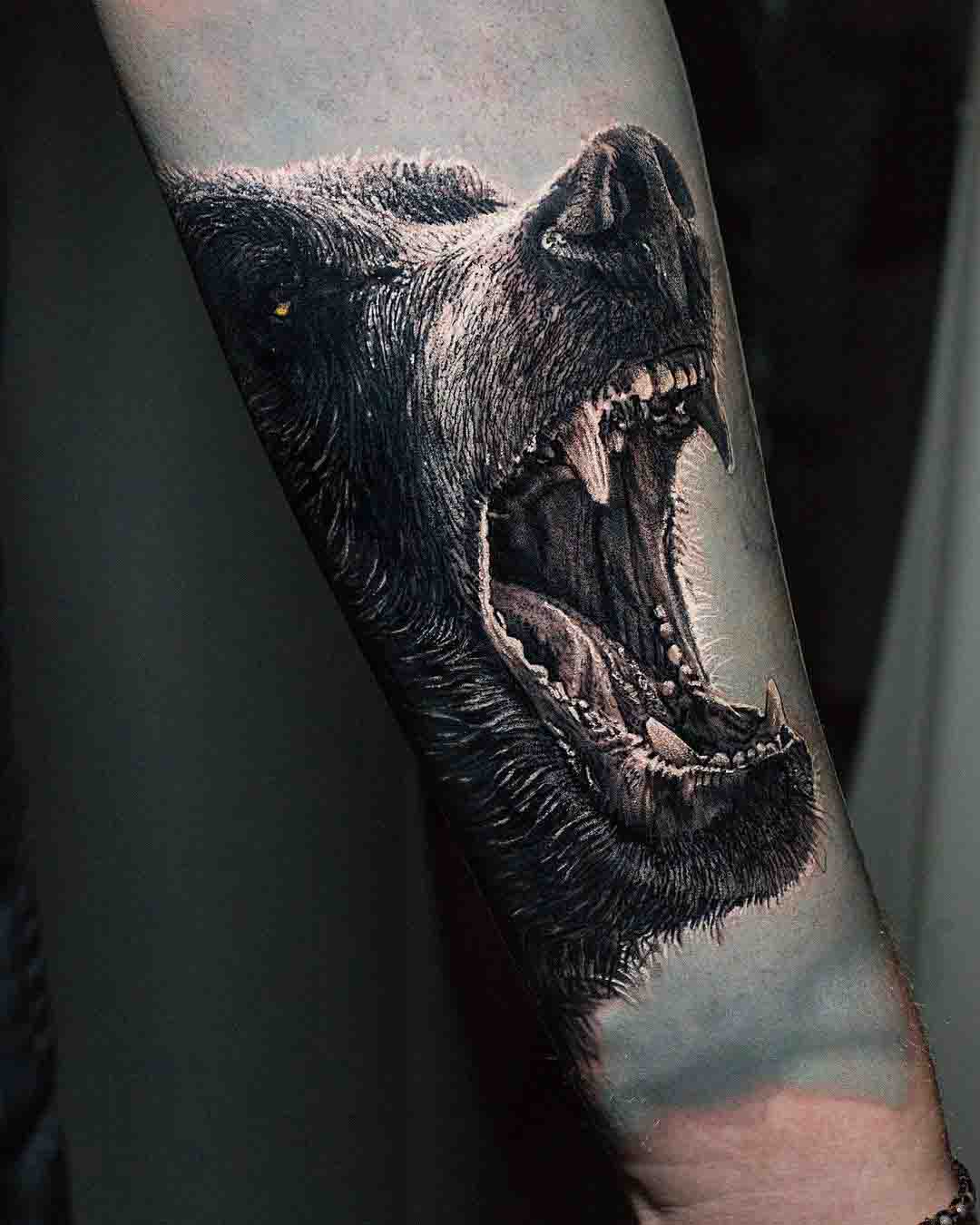 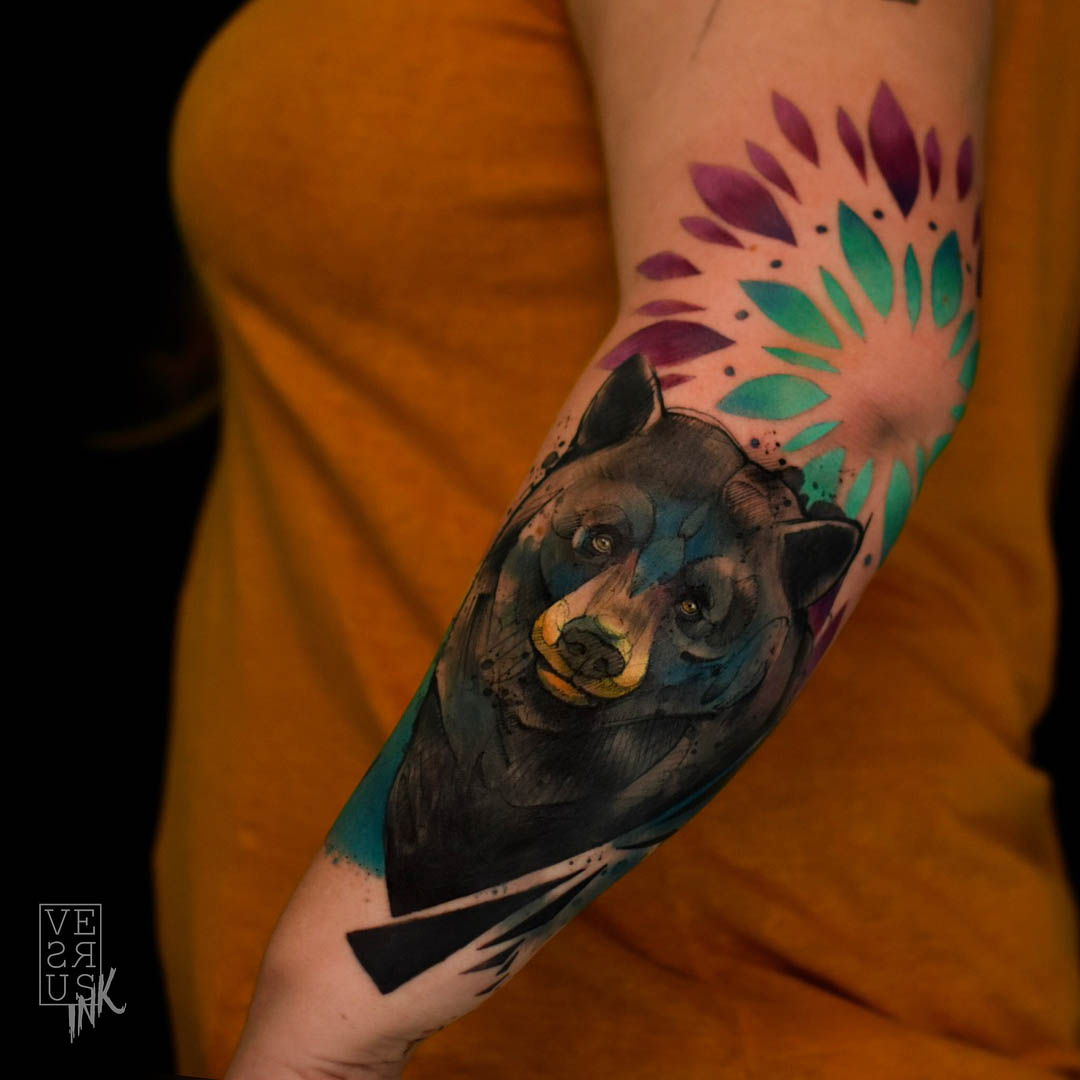 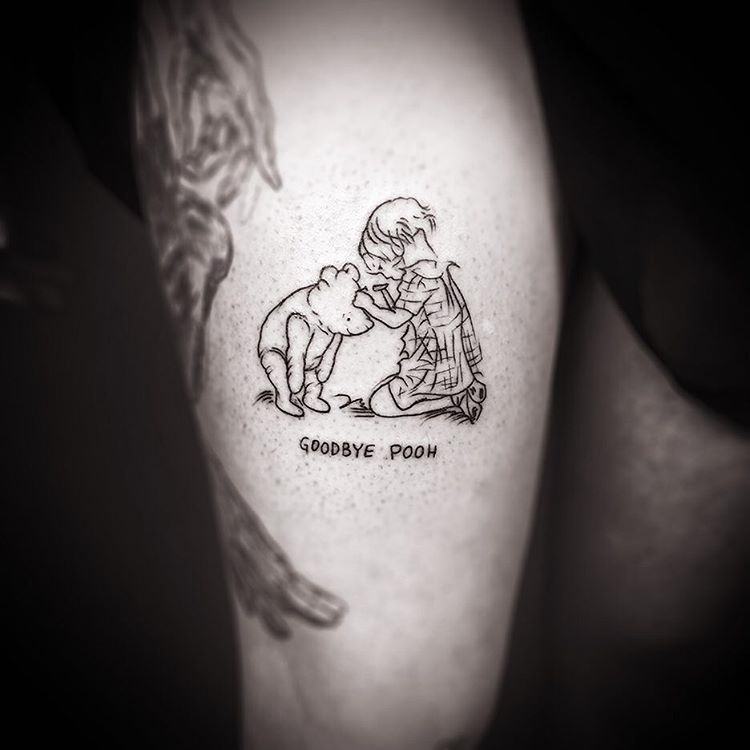 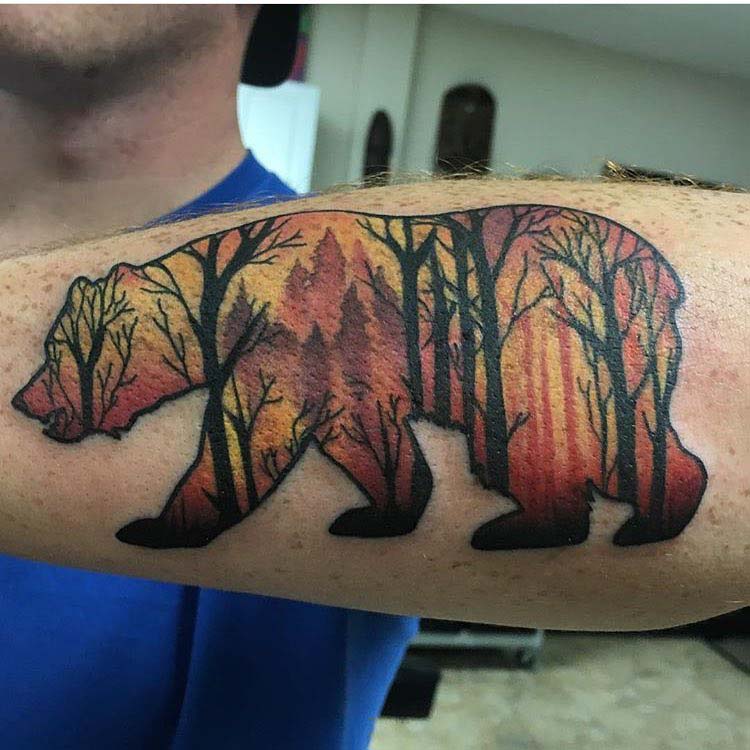 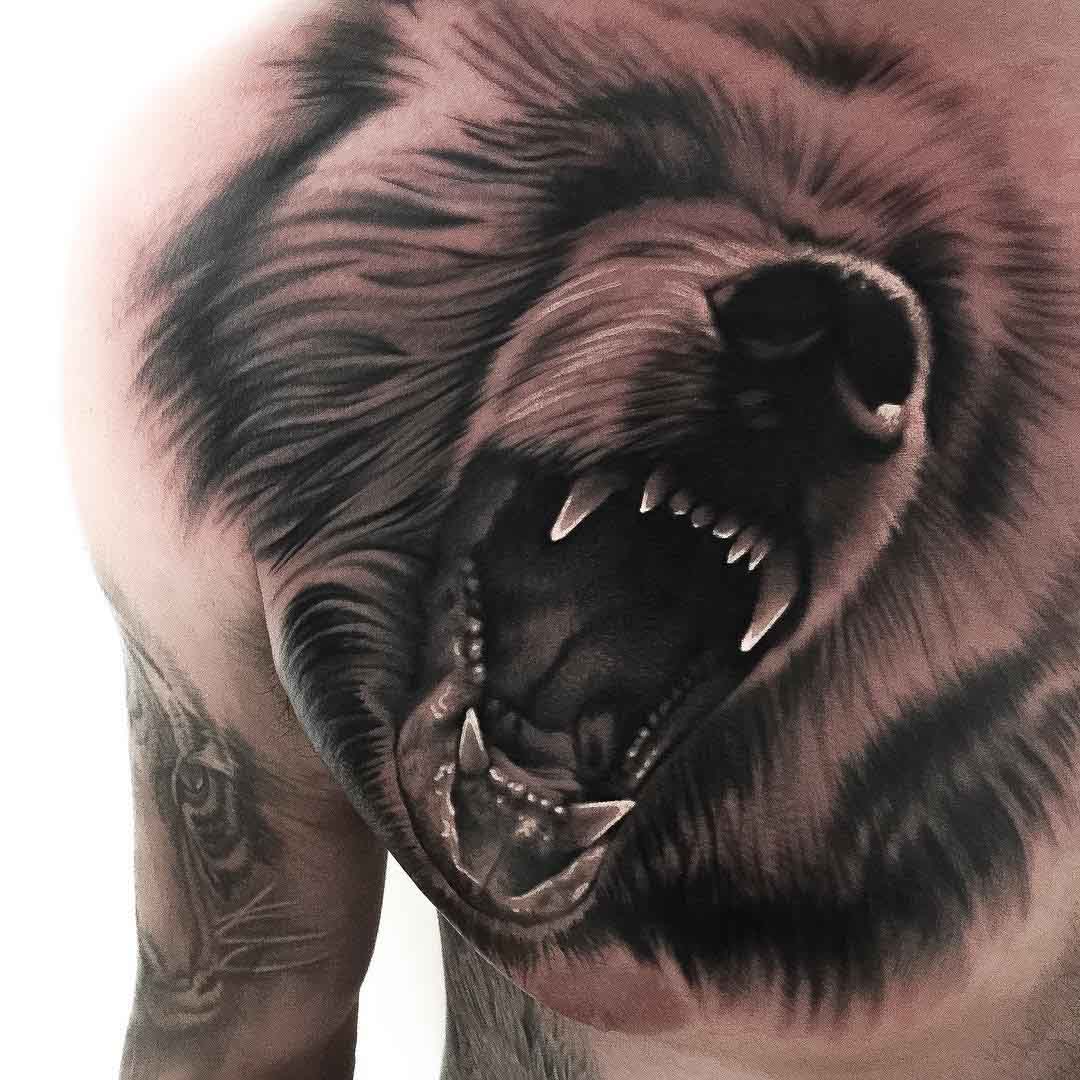 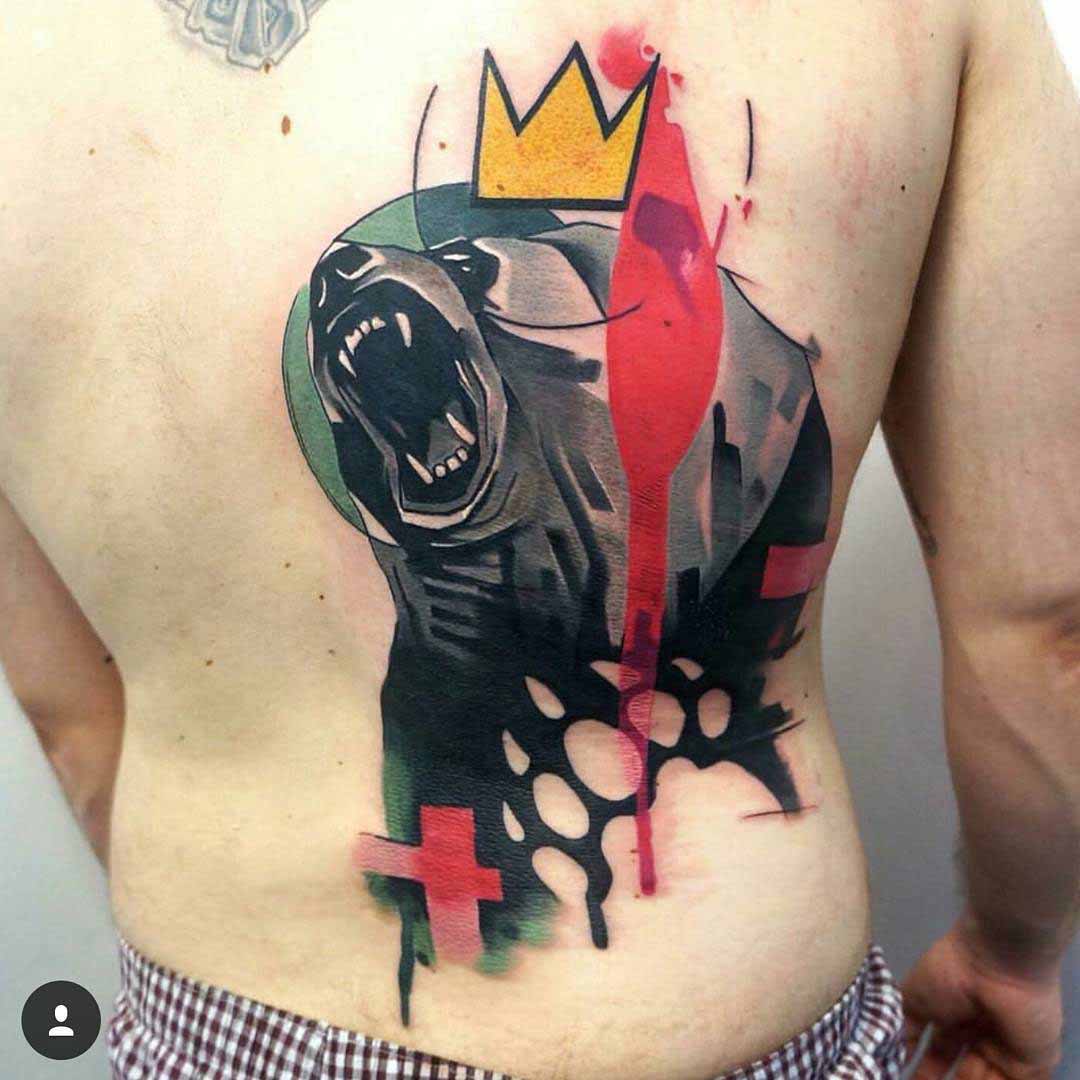 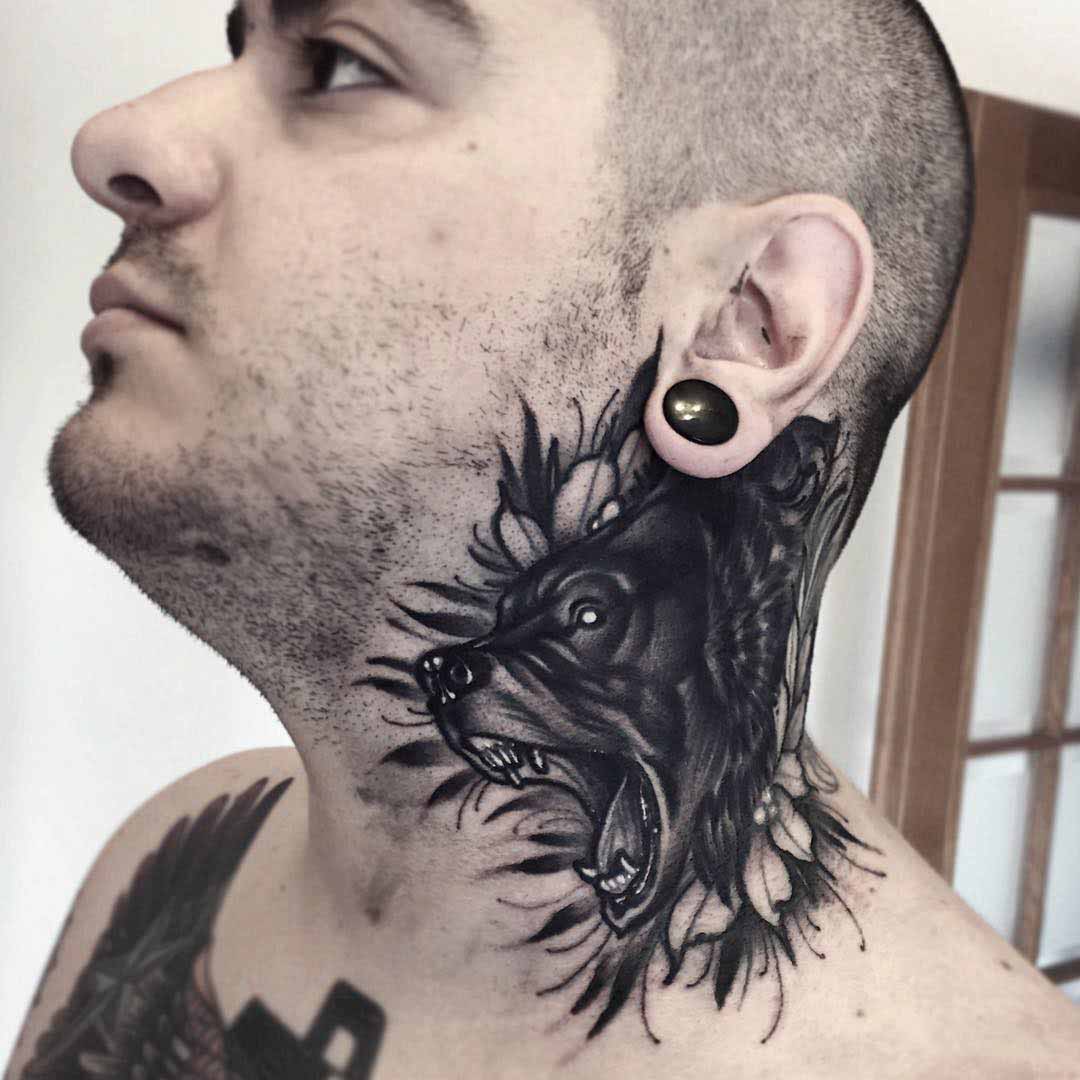 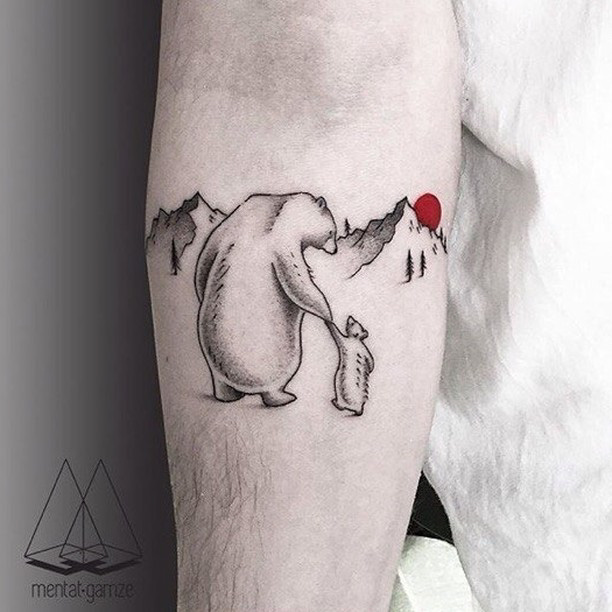 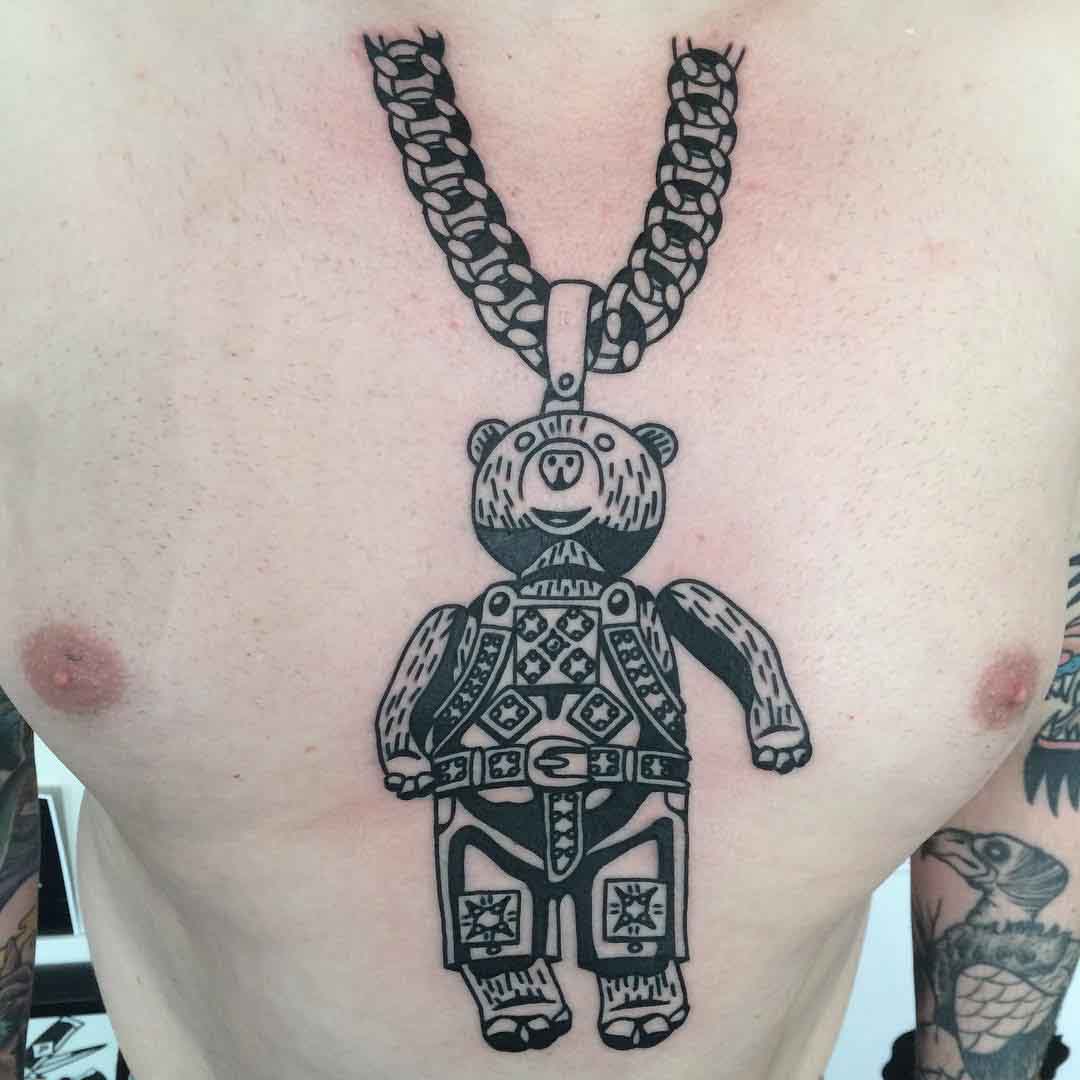 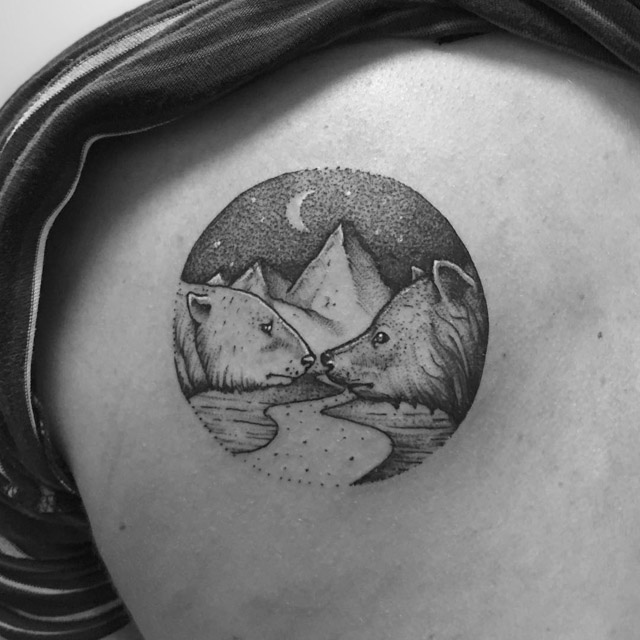 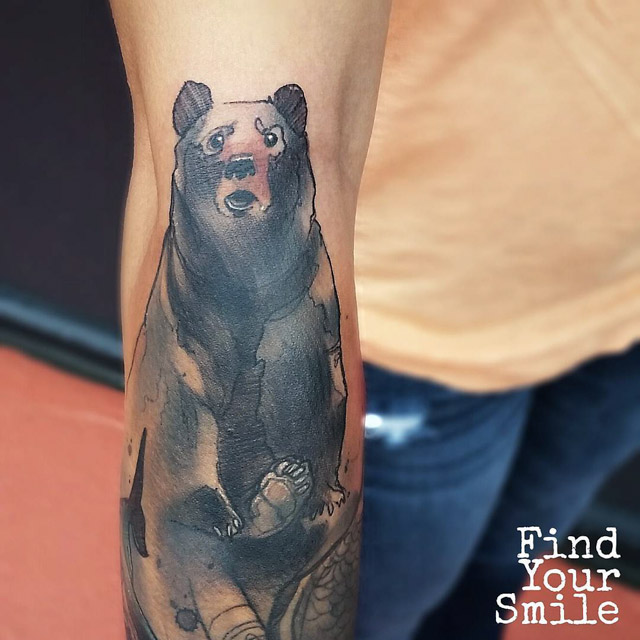 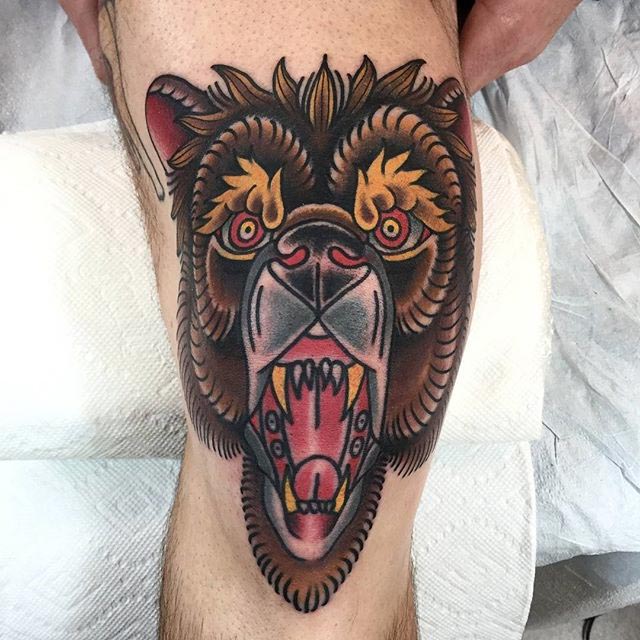 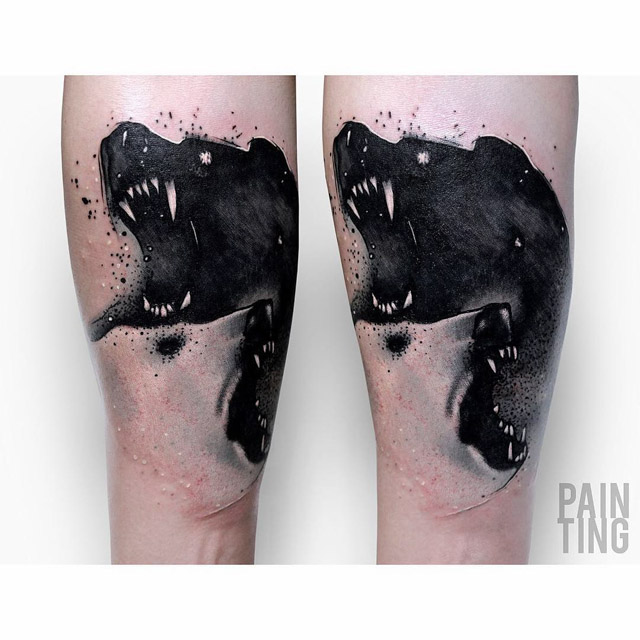 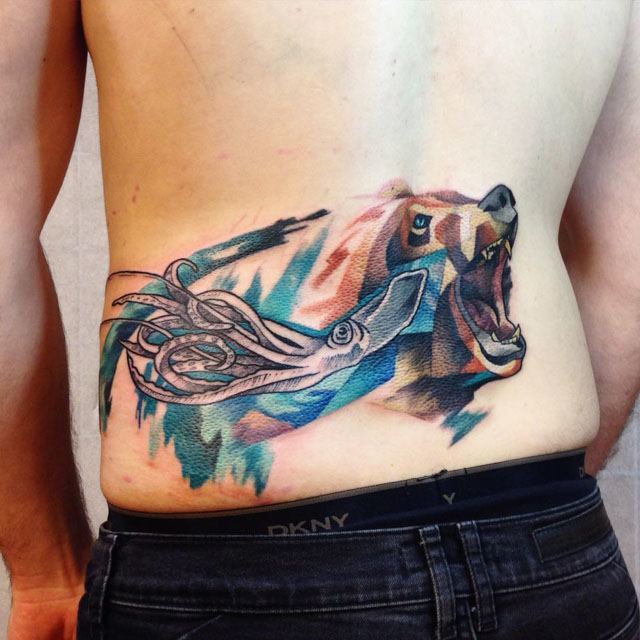 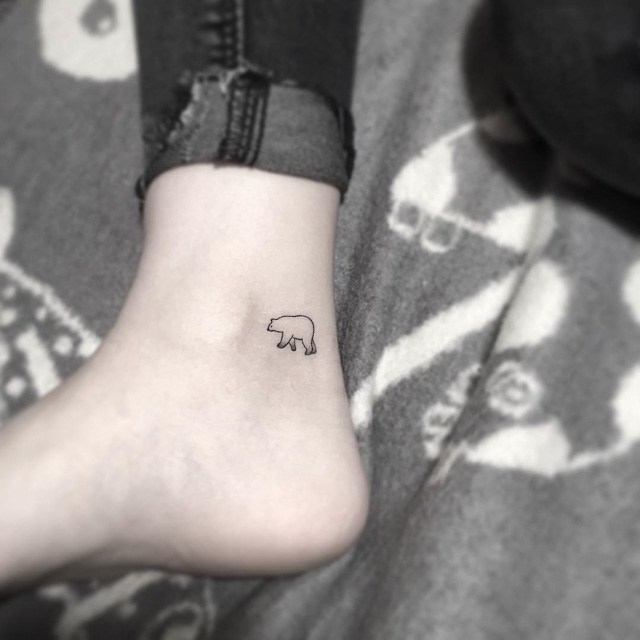 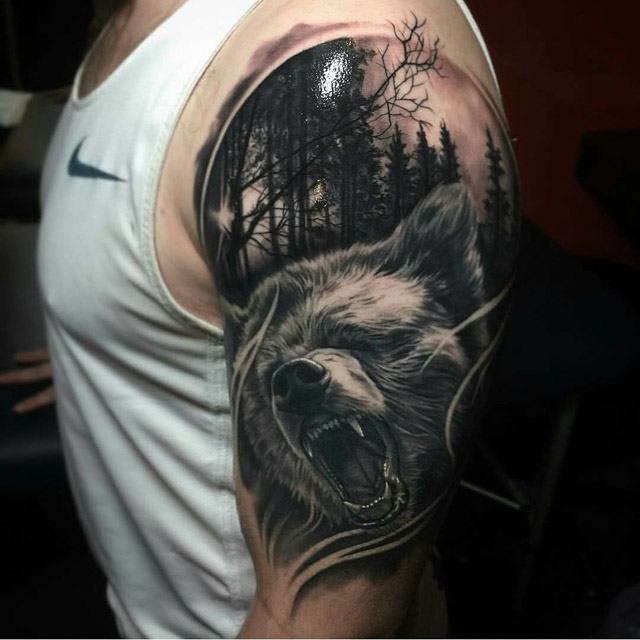 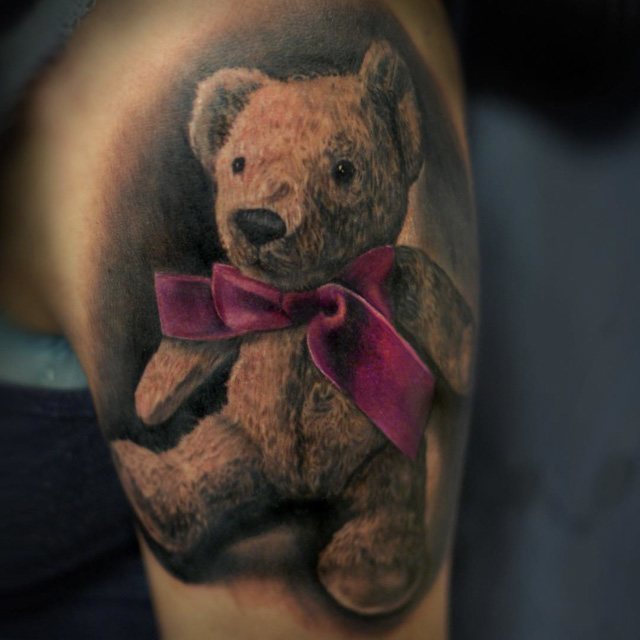